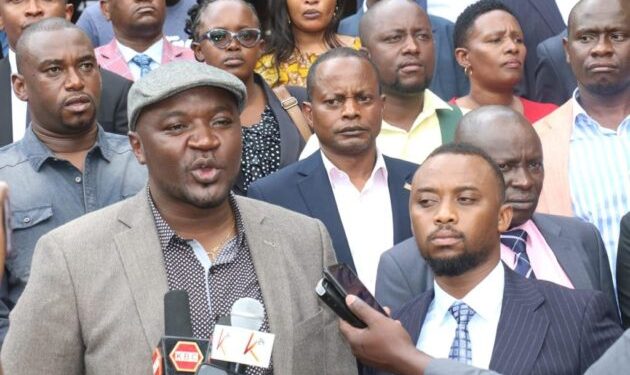 A section of Nairobi County Assembly MCAs are asking Governor Johnson Sakaja to stop the many boardroom meetings and start delivering for city residents.

The ward reps mainly from the Kenya Kwanza side say it was time Sakaja moved to the ground to work for the people who elected him.

“When will we ever see him on the ground performing? He is always busy in the office meeting different people.

“We are telling him that he is overdoing the boardrooms and we want to see real work on ground. People want to see roads, water and other projects being implemented,” said Kiragu.

Kiragu warned Sakaja that should he continue with his model of operations  he might end up not delivering anything for the city residents.

At the same time, the MCAs also took issue with Sakaja over disbursement of executive bursaries, saying he should stop giving them to churches but rather to informal settlement needy students.

“Why take bursaries to churches, yet those students who need bursaries are in slums? Sakaja should stop his sideshows and get down to work,” he said.

Kenya Kwanza MCAs have been at loggerheads with Sakaja accusing him of sidelining them and appointing Azimio sympathizers to key county positions.