“Give the Youth Jobs You Promised During Campaigns” – Gaucho Tells Govt’ 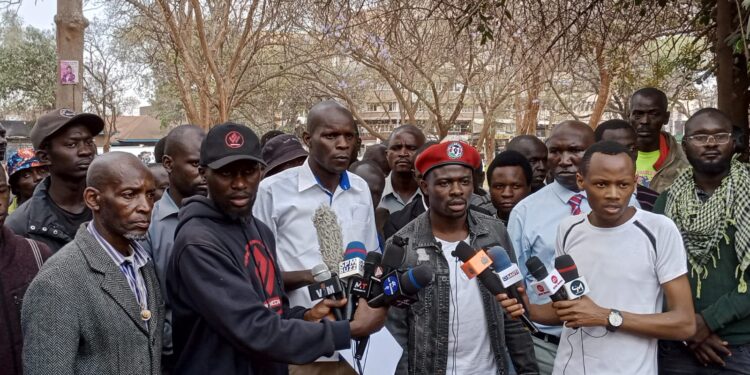 Bunge La Mwananchi President Calvin Okoth famously known as Gaucho has urged the Kenya Kwanza government to give the youth jobs they promised during campaigns.

Gaucho, who blamed the revived multi-agency security operation in Nairobi meant to tame the recent rise in crimes including muggings, said the government should stop threatening the youth over insecurity.

“We agree security is paramount, but you also need to get these young people something to do because they are just trying to fend for themselves,” he stated

While addressing the press on Thursday, November 17, Gaucho attributed the current influx in crime to idle and jobless youth.

He further noted that, even though crime is inexcusable, the government should also provide solutions to the young suffering Kenyans as pledged during campaigns instead of issuing what he termed as threats.

Similarly, in a message directed to small armed groups that have been mugging city dwellers, the new Interior CS left no doubt of the government’s resolve to act.

“Those boys who have dared the government, we have also heard you and therefore we are coming effective immediately,” Kindiki said during the presser.

Nevertheless, criminals armed with knives and other light weapons have been terrorizing Nairobi city residents even in broad daylight.

Furthermore, the Inspector General of Police Japhet Koome earlier this week restructured the leadership and the command of the police in Nairobi and deployed a multi-agency response team to deal with the gangs.