Government Recalls All Regional Commissioners Back to Nairobi 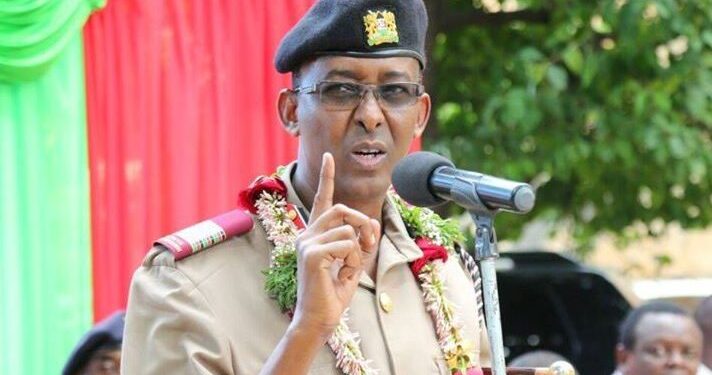 All Regional Commissioners(RC’s) have been recalled back to Nairobi and new ones appointed to take over.

In a statement released by the Interior Ministry, all RC’s are required to report back to the Ministry headquarters for redeployment.

According to the Ministry, the changes are aimed at enhancing service delivery.

The new Regional Commissioners include the following:

Abdi Hassan will be the new Rift Valley RC while Samson Irungu takes over as the new Western RC.

Florah Mworoa and Katee Mwanza are taking over as the new Nyanza and Nairobi Regional Commissioners respectively.

At the same time Anne Ngetich has been appointed as the new Principal Administrative Secretary in the Ministry of Interior and National Administration.

Beverly Opwora who is the current Makueni County Commissioner has been appointed as the Secretary for National Administration.

S.Africa’s Ramaphosa to speak on state of a troubled nation