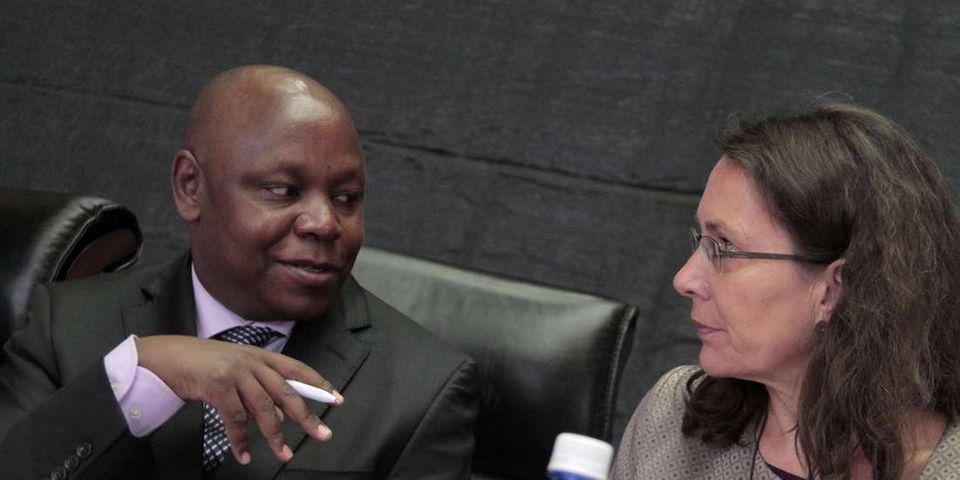 A Kenyan lawyer has surrendered to the International Criminal Court (ICC) following a 2015 warrant of arrest for crimes of dishonestly manipulating witnesses in The Hague-based court.

Paul Gicheru and Philip Kipkoech Bett was issued with a warrant in March 2015 and unsealed in September 2015, kick starting a long process targeting the two Kenyans.

“Today, November 2, 2020, Mr. Paul Gicheru surrendered to the authorities of The Netherlands under an arrest warrant issued by Pre-Trial Chamber II of the ICC,” the ICC said in a statement Monday morning.

“Mr. Gicheru, a lawyer, formerly based in Kenya, is suspected of offenses against the administration of justice consisting of corruptly influencing witnesses of the court.”

The two are accused of corruptly influencing witnesses in the case against Deputy President William Ruto and radio journalist Joshua Arap Sang.

The charges against Dr. Ruto and Mr. Sang were vacated on April 5, 2016, without prejudice to the prosecution bringing a new case in the future, or a different form, in light of new evidence.

The ICC charges against President Uhuru Kenyatta, on the other hand, were withdrawn in December 2014.

They allegedly bribed or attempted to bribe six prosecution witnesses, offering them each between Sh500,000 and Sh5 million, so they could withdraw as witnesses. These bribery allegations are offenses under Article 70 of the Rome Statute.

“I trust that the Kenyan authorities will fulfill their obligations under the Rome Statute to ensure the surrender of all three suspects to the custody of the court,” Ms. Bensouda said at the time.

The prosecutor stated that her investigations and prosecutions in Kenya, have been undermined by a relentless campaign.

She further added that targeted individuals who are perceived to be prosecution witnesses with threats or offers of bribes, to dissuade them from testifying or persuade witnesses to recant their prior testimony”.

Ms. Bensouda said potential witnesses have been too scared to come forward.

“Indeed, the Chamber of Judges presiding over the ongoing trial of Ruto and Sang recently noted the systematic nature of the interference of several witnesses in that case,” she said.

Raila Defends Government From Blames Over Rising Cost Of Living