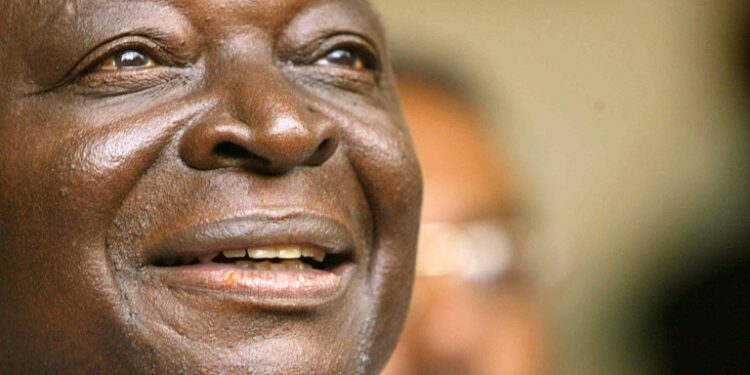 Former Kenyan president Mwai Kibaki, who led the East African nation for more than a decade, has died, his successor Uhuru Kenyatta announced on Friday. He was 90.

“It is a sad day for us as a country. We have lost a great leader,” Kenyatta said in an address on state television.

Kenyan politicians, African leaders, the African Union and former colonial ruler Britain were among those to send their condolences.

Kibaki, a veteran politician whose career dated back to the birth of independent Kenya, served as the country’s third president from December 2002 to April 2013, taking over from the authoritarian rule of Daniel arap Moi.

His rule saw the most violent election in Kenya’s history when more than 1,100 people died in bloody ethnic battles after disputed 2007 polls, but he also oversaw the adoption of a new constitution with reforms aimed at preventing such unrest.

But his rule was also marred by rampant government corruption and his lavish spending on flagship projects contributed to the country’s debt mountain.

Details about his death have not been officially disclosed.

However, his health had fluctuated since a serious car accident in 2002 and he had been in and out of hospital in recent years.

Kenyatta said a state funeral would be held, without giving a date.

He also ordered a period of national mourning from Friday until sunset on the day he is buried, with all flags on public buildings to be flown at half-mast.

“As a leading figure in Kenya’s post-independence history… Kibaki earned the biding respect and affection of the people of this nation,” Kenyatta said.

“President Kibaki will be forever remembered as the gentleman of Kenyan politics, a brilliant debater whose eloquence, wit, and charm won the day time-and-time again.”

Tributes also came from across Kenya and the African continent, from Burundi to Zambia, as well as regional blocs including the African Union (AU).

“I was deeply saddened to learn of the passing of former Kenyan President Mwai Kibaki. My sincere condolences to his family, president Uhuru Kenyatta, the Government, and people of the Republic of Kenya,” AU Commission chief Moussa Faki Mahamat said on Twitter.

“The region shares in your loss of an iconic leader and visionary statesman,” Workneh Gebeyehu, executive secretary of the Intergovernmental Authority on Development (IGAD), said on Twitter.

“Kibaki is one of the freedom fighters of our country, he served this country for many years with diligence, forthrightness, honesty and transparency,” said veteran Kenyan leader Raila Odinga, who is making his fifth run for the presidency in August elections.

“We mourn the passing of former President Kibaki, a true statesman who ushered in a new democratic and economic era in Kenyan politics,” British High Commissioner to Kenya Jane Marriott said on Twitter.

Kibaki was “foremost… the flagbearer, and then implementer, of Kenya’s return to fully fledged multi-party democracy. For this achievement, he retains Europeans’ sincerest respect and admiration,” the European Union delegation to Kenya said in a statement.

Hindu Council Hope to Have Diwali Recognized as Public Holiday