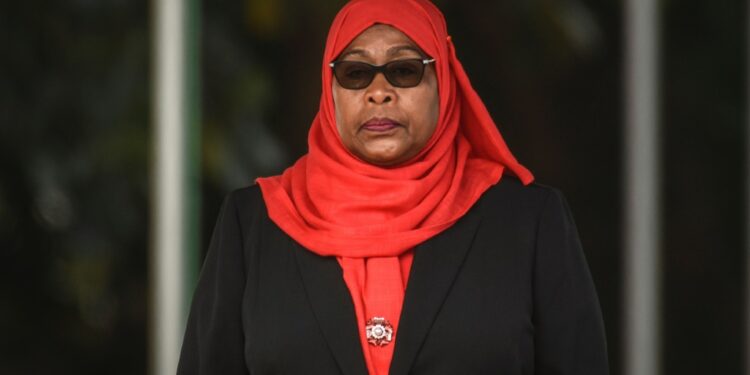 Tanzania’s President Samia Suluhu Hassan on Tuesday lifted a ban on opposition rallies imposed in 2016 by her strongman predecessor, in an overture to political rivals seeking the restoration of democratic norms.

Hassan has been under pressure to break with the hardline policies of John Magufuli, who died in 2021 after six years of heavy-handed rule in a country once seen as a democratic beacon in East Africa.

Magufuli came to power in 2015 as a no-nonsense man of the people but presided over a sustained crackdown on political freedoms, earning the nickname “Bulldozer” for his refusal to brook any dissent.

Early in his tenure, he banned political rallies, saying it was time for work, not politics.

But critics said the ban applied only to opposition groups, with the ruling party free to assemble, while rival gatherings were violently broken up by police and their officials thrown in jail.

In 2018, police fired live rounds to disperse a rally by the Chadema opposition party, and its leader Freeman Mbowe was later charged with unlawful assembly and inciting violence.

Addressing party leaders invited to State House on Tuesday, Hassan announced that the “ban on political rallies is now lifted”.

“The government will be responsible for ensuring security during rallies, but I urge all politicians to also practice civilized politics,” she said.

“You are all free to criticize the government wherever you see challenges, so that we address them for the benefit of our people.”

Cleaned up the mess

Mbowe, who spent seven months in prison under Hassan on terrorism charges, was cautious.

“It is good that the president has allowed political meetings, but we are now waiting to see the implementation by other government officials,” he said.

Zitto Kabwe, another opposition leader, said the decision was a first step toward greater political reforms.

“I am exhilarated! This is a right that was snatched by the state through an illegal presidential decree. President Samia has cleaned up the mess. It is a normal thing but Huge,” he told AFP in a WhatsApp message.

The opposition hoped that Hassan, a ruling party stalwart herself, and deputy president at the time of Magufuli’s sudden death, would turn the page on the autocratic-style rule of her predecessor.

There was early optimism when Hassan, the country’s first female president, reached out to rivals, reopened banned media outlets, and reversed some of Magufuli’s most controversial policies.

Those hopes were dimmed with Mbowe’s arrest in July 2021, and observers say more needs to be done to reform the country’s battered reputation.

“President Suluhu should definitely go beyond this announcement. There must be concrete action to restore a fair democratic playing field in Tanzania,” said Oryem Nyeko, a researcher on Tanzania for Human Rights Watch.

Amnesty International said it was “a welcome step in the right direction”.

“We urge Tanzanian authorities to go further and work towards greater protection of human rights, including by repealing or amending the Political Parties act to remove all obstacles to rights to freedom of peaceful assembly, association and expression,” said Amnesty’s regional researcher Roland Ebole.

Hassan said Tuesday that she was committed to “reconciliation and reforms” including a long-awaited rewriting of the constitution, a key opposition demand.

“More legal reforms are coming soon to ensure that the rights of all parties are accommodated,” she said.

Hassan has battled division within her Chama Cha Mapinduzi party since taking office, shuffling her cabinet three times in 2022 as internal fissures broke into the open.

She has accused rivals inside the government of trying to damage her leadership, and last year suspended a party-owned newspaper for publishing a story saying she would not run-in elections set for 2025.

Six African nations to get own mRNA jab production