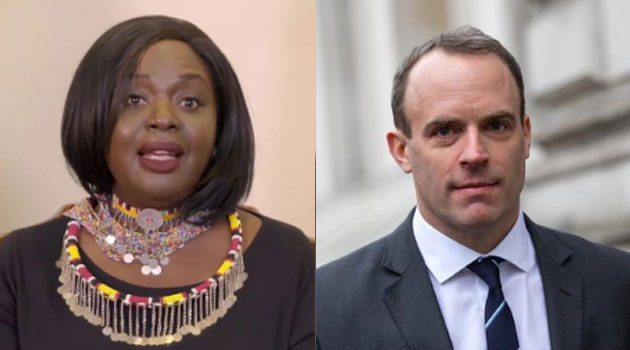 Kenya and the United Kingdom (UK) have agreed to hold talks on the recent move by the UK to have visitors who have been in or transited through Kenya refused entry into England beginning April 9.

The British High Commission in Kenya confirmed that Kenya’s Foreign Affairs Cabinet Secretary Raychelle Omamo spoke on phone with UK Foreign Secretary Dominic Raab where they agreed that the two countries form a Joint Committee to address the travel restriction.

“Positive call this morning between UK Foreign Secretary Dominic Raab and Kenya’s Cabinet Secretary for Foreign Affairs, Raychelle Omamo. They discussed the strength of our relationship on trade, regional security, and health and agreed to establish a Joint Committee to work together on addressing COVID-19 travel restrictions,” said the British High Commission in Kenya on Wednesday.

Travel Ban List
On April 2, 2021, the British High Commission said Kenya will be included in the COVID-19 travel ban red list on April 9.

In a letter to the Kenyan Foreign Ministry, the British High Commission said the decision was taken by UK Ministers on March 31 following a review of the latest scientific evidence pertaining to the risk of community transmission of COVID- 19 variants.

“Of the average of 550 people that travel from Kenya to the UK each week, a significant number are testing positive on Day 2. Nearly a third of those testing positive have been carrying the B.1.351 variant, which originated in South Africa,” the letter reads.

The commission said visitors who have been in or transited through Kenya in the previous 10 days will be refused entry into England.

“British, Irish and third-country nationals with residence rights arriving from these countries will be required to quarantine in a Government-approved facility for 10 days,” the statement reads.

Bangladesh, Pakistan and Philippines will also be added to the red list travel ban.

The letter indicated that the latest restrictions are temporary measures that will be kept under review and will only remain in place whilst the level of risk is assessed to justify these measures.

Morocco to bury ‘little Rayan’ who died trapped in well

A Man ‘Accidentally’ Sets Himself On Fire in Garissa County