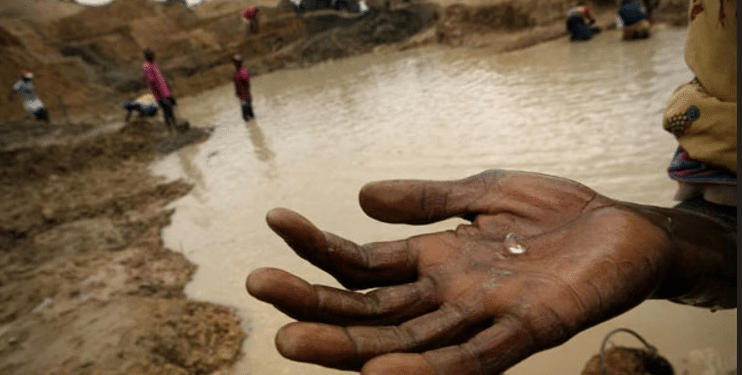 254
SHARES
4.6k
VIEWS
Share on FacebookShare on TwitterShare on WhatsApp

Before you use your smartphone to Google for the answer, be reminded that in 2021, some 1.5 billion smartphones were sold around the world – up from 122 million units in 2007. As of 2020, nearly four in five (78 percent) people own a smartphone.

More than half of a mobile phone’s components – including its electronics, display, battery, and speakers – are made from mined and semi-processed materials.

Al Jazeera reports that most of the electronics we use today are based on a number of minerals – from aluminum to zinc.

Lithium and cobalt are some of the key metals used to produce batteries.

In 2019, about 63 percent of the world’s cobalt production came from the continent.

Tantalum capacitors are found in mobile phones, laptops and in a variety of automotive electronics. The continent produces half of the world’s tantalum.

The World Mining Congress says the world extracted some 17.9 billion tonnes of minerals in 2019.

Asia was the largest producer, accounting for 59 percent of the world’s total production valued at $1.8 trillion. North America was second with 16 percent, followed by Europe at 7 percent.

The continent also holds 40 percent of the world’s gold and up to 90 percent of its chromium and platinum.

Petroleum and coal are among the most abundant minerals in half of the continent. Metals including gold, iron, titanium, zinc, and copper are the top produced minerals for 11 countries of the continent. There are diamonds, gypsum, salt, Sulphur and phosphates in 13 African countries.

According to the Economic Development by UNCTAD, while in 2019, 478 million people lived in extreme poverty, it is estimated that in 2021, 490 million people in Africa live under the poverty line of 1.90 dollar per day, and this is thirty-seven million people more than what was projected without the COVID-19 pandemic.

The current population of Africa is 1,393,117,266 as of February, based on the latest United Nations estimates.

Africa’s population is equivalent to 16.72 percent of the total world population.

The continent ranks number two among regions of the world ordered by population.