Kibwana to Kalonzo- Baba is Not About to Retire 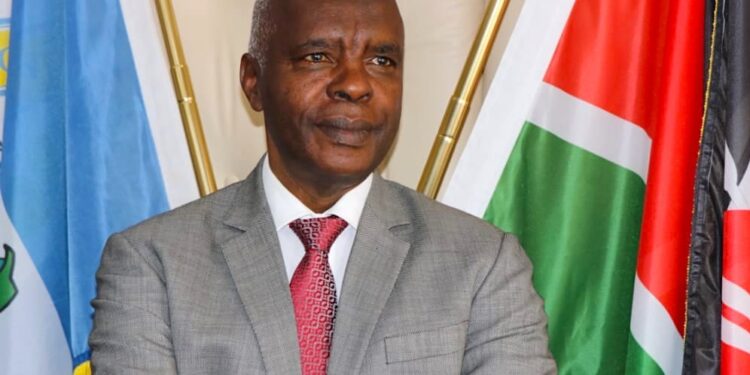 Former Makueni governor Kiutha Kibwana has criticized Kalonzo Musyoka for seeking to have Azimio leader Raila Odinga surrender the opposition mantle to him.

Kibwana who is one of the many politicians who have reacted to the ongoing push by Wiper leaders noted that Raila Odinga is not set to retire anytime soon.

The former governor noted that even if Mr. Odinga endorses Kalonzo, it will be an empty endorsement as his supporters would never back the Wiper leader’s political ambitions.

“Baba is not about to retire. His troops will dig in. Even if he was to say SKM tosha, would Baba’s voters embrace Kalonzo?” Kibwana twitted.

Moreover, Kitui Senator Enoch Wambua had called on Odinga to retire from politics and handover the Azimio La Umoja leadership to Musyoka.

Wambua, stressed that it was the right time to plan on the political strategy to take over power from President William Ruto in the 2027 politics.

“We need enough time to popularize our candidate, visit as many parts of this country, and ensure that Kenyans begin to familiarize themselves with the idea of a Kalonzo presidency,” Senator Wambua said.

However, Kibwana poured cold water on Wambua’s push saying time was up for Musyoka to lead the Kamba nation let alone the ambitions to scale up to the topmost position in government.

According to the former Makueni Governor, the only political fortune for Kalonzo is to exit the Azimio coalition as there was nothing for him to clutch in order to up his stakes to win the 2027 presidency.

“Since 2004 when he became regional kingship, he has, like Chief Kasina of colonial times, used his position to largely lobby for self, family & a few friends. SKM’s Damascus moment would involve him suspending Azimio membership,” Kibwana said.

I heard @skmusyoka was to make a grand statement. Since 2004 when he became regional kingship, he has, like Chief Kasina of colonial times, used his position to largely lobby for self, family & a few friends. SKM's Damascus moment would involve him suspending AZIMIO membership. pic.twitter.com/ZQkdTOmTZm

Nonetheless, the Wiper leader has announced that he would make a grand statement which is set to give his political direction with Azimio coalition having lost to Ruto in the highly contested 2022 polls.

Pharmacist Hacked to Death by Boda boda Rider in Kisumu