He told BBC that he received a $1,000 (£700) bribe in parliament last year to back the appointment of the majority leader 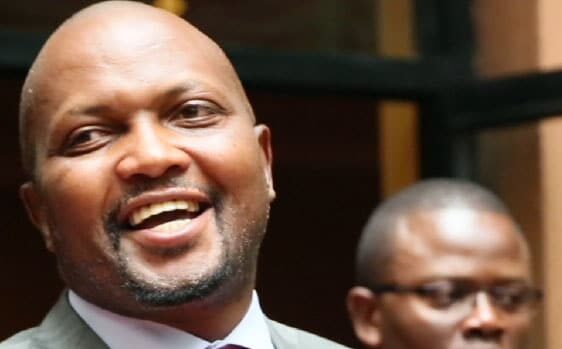 401
SHARES
3.3k
VIEWS
Share on FacebookShare on TwitterShare on WhatsApp

Moses Kuria, the Gatundu South MP, has admitted to accepting a bribe within parliament’s precincts, saying that such ‘inducement presents’ are commonplace.

The MP who was summoned by parliament for disorderly conduct told the BBC on Thursday that bribes are handed out at the office of the Majority Leader.

“It is not uncommon in Kenya for members of parliament to be paid or compensated to vote in a particular way, especially when the government has an interest in a matter,” Kuria said on Thursday.

The outspoken MP said he was paid KShs 100,000 to vote for Kipipiri MP Amos Kimunya, who took over as leader of the majority from Garissa Township legislator Aden Duale in June 2020.

“We went to the majority leader’s office and received a USD 1000 gift.”

“When the new Majority Leader was appointed because they were not elected,” he continued, “we went to the majority leader’s office and received a USD 1000 gift.”

The legislator was pressed during the interview to explain why he accepted a bribe despite knowing it was illegal.

“I’m not sure if the money belonged to Kenyan taxpayers, but I’ll be refunding the most recent that I can recall to the office of the leader of the majority,” he said.

When asked whether he can back up his allegations, the MP who pledges allegiance to the Deputy President’s Tanga Tanga camp said he does not expect parliament to admit wrongdoing.

“These things don’t happen on camera, and I don’t expect them to admit it, but they do happen in the majority leader’s office,” she said.

At the same time, Kuria jumped at the chance to cast aspersions on the proposed constitutional amendments through the BBI Bill, calling the entire process a sham secured through deception and corruption.

The Bill breezed through the National Assembly and the Senate a week apart and now awaits the verdict of several petititions filed against it.

Meanwhile, the Gatundu MP is scheduled to appear in parliament on Thursday with fellow lawmakers Ndindi Nyoro (Kiharu) and Mohamed Ali (Nyali) after being summoned for disorderly conduct.

The three were summoned, according to Speaker Justin Muturi, for dishonouring the house by claiming that members of the Assembly were bribed to vote for the Building Bridges Initiatives (BBI) Bill.

The directive was issued on Tuesday afternoon, during a session in which National Assembly Minority Leader John Mbadi asked that the Gatundu south legislator be suspended.

While addressing the sitting, Mbadi said Kuria had exhibited immaturity and had acted in a disorderly manner.