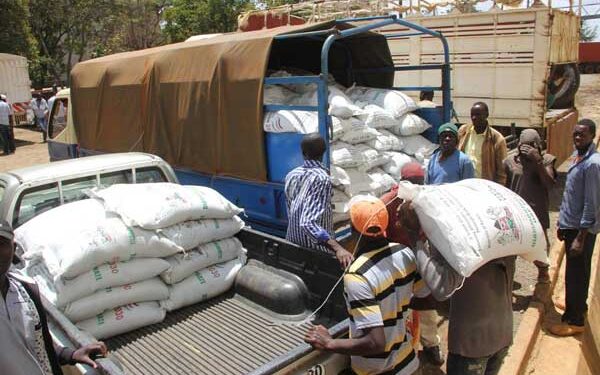 The Ministry of Agriculture has released Ksh3.5 billion fertilizer subsidy.

During his inauguration, Ruto had promised to that fertilizer would retail at Ksh 3,500 down from Ksh 6,500.

Ruto had promised that the government was to avail 1.4 million bags of fertilizer to farmers

Owino noted that the subsidized fertilizer will be first availed to farmers in regions experiencing the short rains.

“To actualize the Presidential directive, the subsidized fertilizer programme will start with counties undertaking planting during the short rains season of 2022”.

The fertilizer will be availed through the National Cereals and Produce Board (NCPB) Depots and sub-depots countrywide.

Each farmer will be allowed to purchase a maximum of 100 bags.

“To ensure efficient delivery and effective control mechanisms are in place, the fertilizers will be availed through the National Cereals and Produce Board (NCPB) Depots and sub-depots countrywide, effective 19th September 2022. Individual farmers will be entitled to a maximum of 100 x 50 kg bags of fertilizers.”

Also Read:PS Kamau:Kenyans Suffer In Saudi Arabia For Not Being Submissive