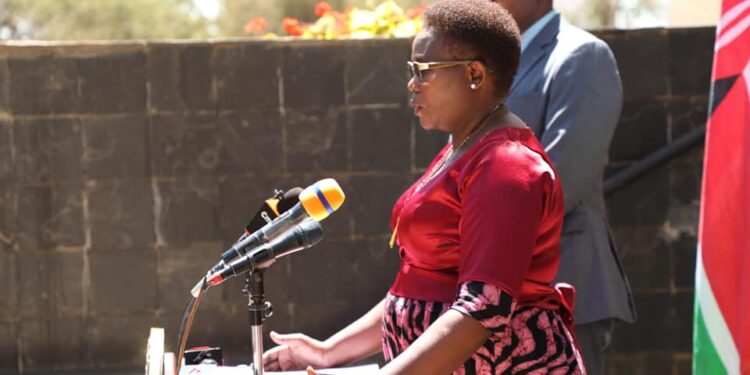 She is seeking to bar members of the county assembly (MCAs) from debating an impeachment motion against her set for Wednesday next week.

The assembly and Speaker Ayub Bundi are named as first and second respondents, respectively

Respondents have been directed to file and serve their responses by close of business Friday.

The governor was asked to file and serve further affidavits by 9am on Monday.

Impeachment set for next week

Through lawyer Mutuma Gichuru, Mwangaza argues that allowing the motion to proceed would be unfair to her because its has pre-determined outcome as 68 of the 69 MCAs support it.

Additionally, she fears that the county assembly would not act as an impartial arbitrator.

She says the debate would violate her rights to have the dispute determined before an independent and impartial body.

Further,the governor argues that the motion was incurably incompetent and defective as it was issued by Mr Charles Launi, the county assembly deputy clerk, who signed off as the acting clerk.

Mwangaza says that the position of the assembly clerk fell vacant on November 19 and the process of finding a replacement had not started.

At the same time  she wants the court to suspend letters issued by Mr Launi this week inviting her to respond and appear before the assembly for the impeachment motion.

Already MCAs have kicked off a public participation drive on the anticipated motion this week by calling members of the public to submit their views and make presentations.

Mwangaza want conservatory orders suspending the tabling, debating and considering and or acting upon the impeachment motion dated November 21 by MCAs.

She also wants conservatory orders prohibiting the respondents from discussing, debating or dealing with the impeachment motion against her.

She claims the orders would “curtail any further infringement and derail a sham process which is maliciously carried out in a surreptitious manner constituting a flagrant subversion of the constitution and the majority will of the residents of Meru County”.

Mwangaza says she was popularly elected and residents had a legitimate expectation that she would serve a full term of five years.

Kenya Power On Spot After Man Dies of Electrocution In Mombasa