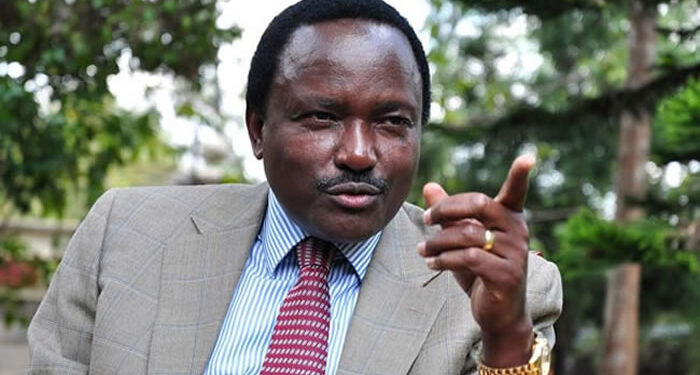 Kalonzo is accusing the President of making unilateral decisions without the Cabinet's input.Photo/Courtesy

Wiper Party Leader, Kalonzo Musyoka has lauded the Catholic clergy for their stance against importation of Genetically Modified Organisms (GMO).

Musyoka says that the issue of GMOs has been politicized.

He says that no public participation has been undertaken over the issue.

At the same time, Musyoka questioned why the government would want to bring more harm despite the country reeling under the effects of drought.

‘’As Kenyans we are good at forgetting things but how do we forget about that which is going to kill us with cancer?” he posed.

Early this week, Nyeri Diocese Catholic Archbishop, Anthony Muheria, called for ‘sober’ engagements between the government and food experts over the issue of  GMOs.

The clergy has warned against trivializing the GMO debate.

“When we speak about GMOs, it is a matter that deserves deep, strategic, respectful and sober engagements.

“It is not for us to embrace them wholeheartedly without reservations nor do we want a situation where we reject their use even if it could be for a specific period of time,” Muheria stated.

He  added, “We call for a good moment of engagement by government and the agriculture and food experts so that we may find the right path. We also need to discuss the dangers that Kenyans are exposed to, sometimes it is exaggerated, sometimes it can be contained and mitigated, we should not just discuss emotions, let us discuss scientific facts,” he added.

Turkish clandestine agents snatch nephew of Fethullah Gulen in Kenya, bring him back to Turkey

Kenya is changing its Copyright Law. Why this is bad for sports