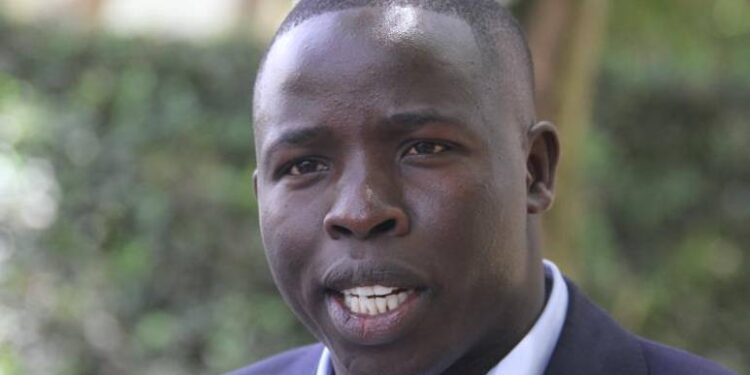 While speaking in Kapsabet on Thursday, November 24, Sang stated that CS Kuria’s comments have painted President William Ruto’s administration in bad light, adding that Kenyans will lose confidence in the current regime if he continues the same path.

Moreover, governor Sang, who is also the Council of Governors’ (CoG) Chief Whip, noted that Kuria should consult with relevant agriculture stakeholders before making any more eye-raising remarks.

“We’re now asking the minister, that campaigns are over, you’re now the minister in charge. There is a manner and a way that a minister should be able to address issues. We’re asking Moses Kuria, you’re doing an excellent job, but can you step down from the social media and come and start working with sectors, farmers, and groups so that those wonderful programs that you have in your ministry can have a good grounding as we work towards moving our nation forward,” he said.

“We no longer have anybody else to blame, we’re the government now, and therefore please, let us desist from engaging in statements that may not be helpful, that may create misconceptions and set the government against its people.” Sang added.

Governor Sang’s advise follows CS Kuria’s statement on November 17, 2022, which sparked controversy after he audaciously admitted that GMO foods can lead to death.

Kuria publicly said that the ten million duty-free GMO maize he allowed to be imported can be added to the list of causes of death in Kenya since the country is a hotbed of death anyway.

“We have so many things that can kill us in the country. Being in this country, you are a candidate for death. And because so many things compete for death, there is nothing wrong with adding GMOs to that list. That is why we have deliberately allowed GMO until we are satisfied that we have enough maize, the staple food.” he said then.