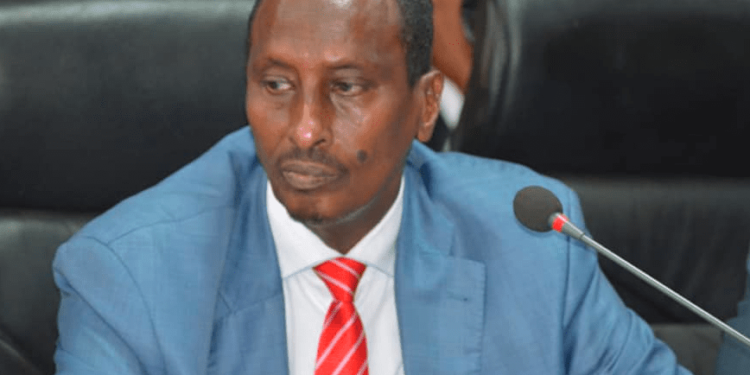 The trial of impeached Wajir Governor Mohammed Abdi started in the Senate on Wednesday morning.

The hearing started at 10.15am with both parties appearing before the 11-member committee hearing the case.

The governor is represented by a team of lawyers led by Paul Nyomodi and Ndegwa Njeru.

The assembly side is represented by Senior Counsel Ahmednasir Abdullahi.

The parties have lined up three witnesses each as directed by the committee.

Chairman Okong’o Omogeni (Nyamira) read out the ground rules and ordered the clerk to start reading the charges against the governor.

Abdi denied all the charges levelled against him by the county assembly.

The governor said the charges were not true, adding that he is not guilty.

They are gross violation of the Constitution, County Government Act 2012, Public Procurement and Asset Disposal Act 2015 and Public Finance Management Act 2012; and abuse of office and gross misconduct.

Under charge one, the MCAs accuse the governor of several breaches. They accuse him of several procurement irregularities – allegedly that his administration has favoured companies linked to his family.

“The governor has never bothered to seek approval of payments out of the emergency fund for the last three consecutive financial years and instead frustrated the assembly’s effort to enforce compliance,” reads the charge sheet in part.

In the second charge, the MCAs accuse the governor of practising nepotism, favouritism and other improper activities.

They accuse the governor of allowing his wife to run the show in the county government.

“It is an open secret in Wajir county and far beyond its borders that Mrs Kheira Omar is the supreme leader of the county and it is always her way or the highway,” read the document.