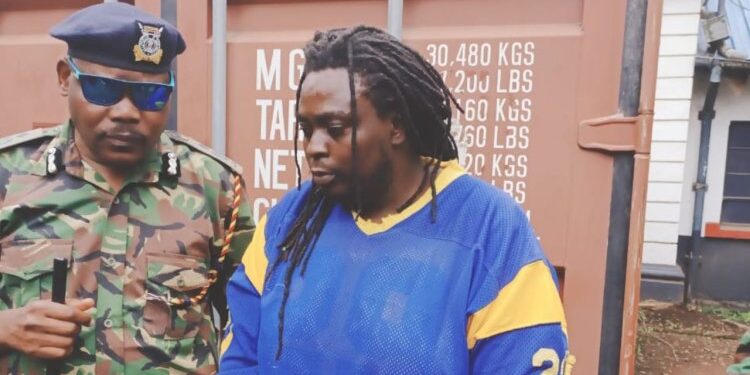 The suspect was arrested in a sting operation.Photo/Courtesy

Detectives conducted a sting operation that led to his arrest.

It is linked to armed and violent robberies within Nakuru including murders.

In July, the gang is believed to have carried out a spate of attacks that left five women dead forcing the Ministry of Interior to launch a crackdown to flush out the criminals.

A section of politicians in Nakuru have been accused of being sympathetic to the gang.

Police say politicians have been bailing out members of the gang whenever they are arrested.