Ruto: All Primary Schools will Have Internet by 2030 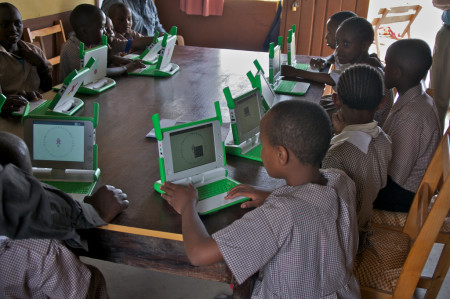 President William Ruto has said that all public primary schools will have internet access by 2030.

Speaking during World Children’s day,Ruto said the project will benefit about 40,000 children.

He says the project will be a boost to the country’s education system.

At the same time, Ruto says the move would impart digital literacy among children and help prepare them for the workplace environment.

“Access to the internet in schools remains a necessity to impart digital literacy to children to prepare them for the workplace and the future world of work,” Ruto said.

“My government is working to connect all primary schools to the Internet by 2030 through the GIGA partnership that has already provided Internet access to 110 schools to benefit about 40,000 children,”.

Information, Communications and the Digital Economy CS Eliud Owalo announced that the Kenya Kwanza Government will establish 25,000 free hot-spots throughout the country.

This he says will be done in the next ten years

The CS said the project was part of the Kenya Kwanza Government’s effort to transform Kenya into a globally competitive digital economy.

“Our vision is to create a reliable and secure high-speed digital infrastructure, as the avenue for the envisaged transformation,”

“To achieve this, we also need to develop digital business skills and transform traditional businesses to digital enterprises”,Owalo said

Owalo says the government intends to convert the whole country into one giant network of digital hubs, through provisions of hotpots

Mali Peacekeeping Force in the Balance as Countries Withdraw

Ugandan author who fled after ‘torture’ vows to return