by Collins Osanya
in Entertainment
0 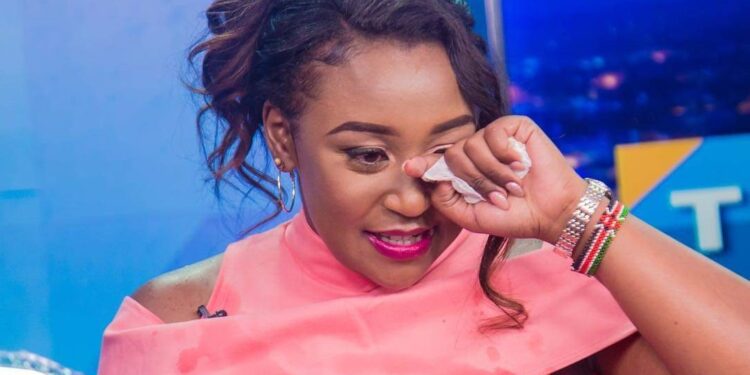 Taking to her Instagram page on Tuesday, January 17, Betty who has been trending on Twitter since Monday said she won’t respond to anything that would cost her peace.

“Sorry, that’s another b*tch. I am not dealing with anybody or anything that will cost me my peace. My peace is my number one priority, and I am gonna protect my peace at all costs,” Betty said.

Betty who was in the news business at KTN TV made headlines in 2015 after she married NTV’s Dennis Okari.

Their union in holy matrimony, which was cemented at Marulla Manor in Karen, Nairobi was cut short after the two parted ways months after wedding.

Ever since, Betty has made headlines both as TV personality, business woman and a controversial figure.

Speaking on her reality show ‘Kyallo Culture’, Betty revealed that she had been heartbroken many times to believe any relationship is permanent.

“If I am dating someone right now, I would be like, for today we are okay,” the former TV queen said.

You Are a Coward, Conman - Miguna Tells Raila

Deal Reached For Distribution Of HIV Drug To Low-Income Countries

Why Takeover Our Country in this Election