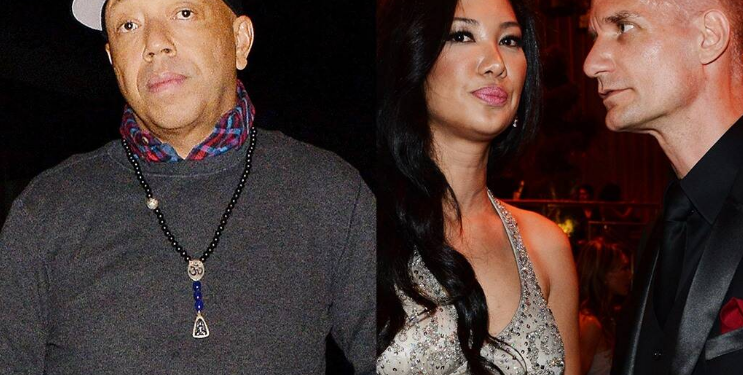 Divorces can be messy, especially in Hollywood, and it appears that Russell Simmons and his ex-wife Kimora Lee Simmons are heading to court to settle a dispute.

Russell claims that Kimora and her husband Tim Leissner have defrauded him out of shares of his energy drink company and alleges that the couple conspired to do so in an effort to produce collateral for Leissner’s bail.

In the complaint, filed earlier this week and obtained by People, Simmons accused both Lee and Leissner of breach of contract, fraudulent concealment, and breach of confidential relations/constructive fraud, among other charges.

Simmons alleges that he, Lee and Leissner entered a business arrangement in 2016 when the now-married couple joined his investment company Nu Horizons.

During their time working for Nu Horizons, the organization made “considerable investments” in the “tens of millions of dollars” range in energy fitness drink brand Celsius Holdings, Inc. – a publicly traded company.

The suit continues to claim that when Leissner was arrested on separate money laundering charges in 2017, he and Lee “conspired” to use their stake in Celsius to “fraudulently transfer” almost four million Celsius shares to themselves.

“Awaiting his plea deal and sentencing, Defendants Leissner and Lee, knowing full well that they would be required to pay tens of millions for bail and possible victim compensation, conspired and effectuated… an unlawful fraudulent scheme,” the suit reads.

Leissner pleaded guilty to criminal conspiracy to commit money laundering for the theft of billions of dollars from Malaysian wealth fund 1MDB in 2018. In order to avoid jail time, he agreed to forfeit nearly $44 million (£31 million), reported Forbes.

Simmons is requesting a jury trial and asking Lee and Leissner to return the shares, as well as to pay money, punitive damages and attorney costs.

A representative for Lee told DailyMail.com the designer was “shocked by the extortive harassment” coming from her ex.

“Russell’s continued aggressive behavior not only blatantly distorts the facts but is simply a desperate PR ploy ignoring the years of mental and emotional anguish, gaslighting, and ongoing harassment he has inflicted on Kimora.”

“This is an ill-advised attempt by Russell to use the legal system to access funds he is in no way entitled to, and which his own legal team confirms Russell did not pay for,” the statement reads.

“Russell will be held accountable for his serial abuse and we will confront his baseless claims that he is warranted Celsius stock dividends despite his self-admitted zero contribution.”

Yahoo News reports that Russell believes his ex-wife “knew full well that Leissner would need tens of millions of dollars [$44M] to avoid jail time, stay out on bail, and forfeit monies for victim compensation,” but he was stunned that she would go to such lengths to defraud him in the process.

As Zimbabwe eyes election, fears grow of a return to dirty tricks