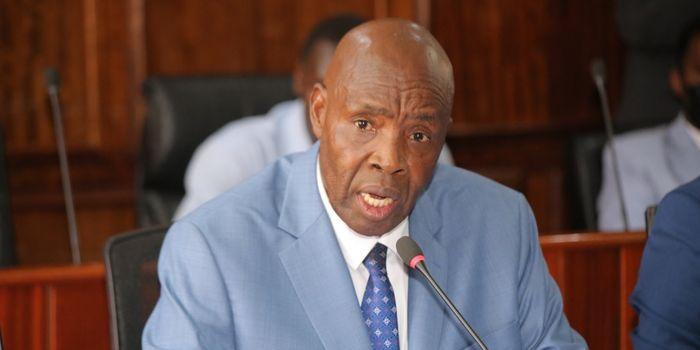 Speaking at Mtihani House in Nairobi, the CS said 841,416 candidates sat for the exams that begun on December 2 and ended on 23 the same month.

According to Education Cabinet Secretary, 14 counties had more male than female candidates compared to 17 counties in 2021.

Machogu lamented that a strike was staged at St. Francis Mang’u Girls School nearly disrupted the marking process. However, he vowed to increase their remuneration and address their grievances.

“I have in mind a hiccup that was recorded at one of the centres where a few examination officers threatened to derail the exercise,” Machogu stated.

“KNEC was however able to respond that ensuring a seamless progression of the exercise. At this point, I want to assure that they did a commendable job,” Machogu stated.

According to the Kenya National Examination Council (KNEC), the government employed a multi-sectoral approach to administer KCSE exams.

However, the marking process experienced some disruptions after a section of teachers down their tools due to low wages at Mang’u Girls High School.

Additionally, the teachers complained about newly introduced precautionary measures in the marking process during the Tuesday, January 10, exercise.

According to the tutors, the measures slowed down the marking process, taking them longer than expected to finish tasks.