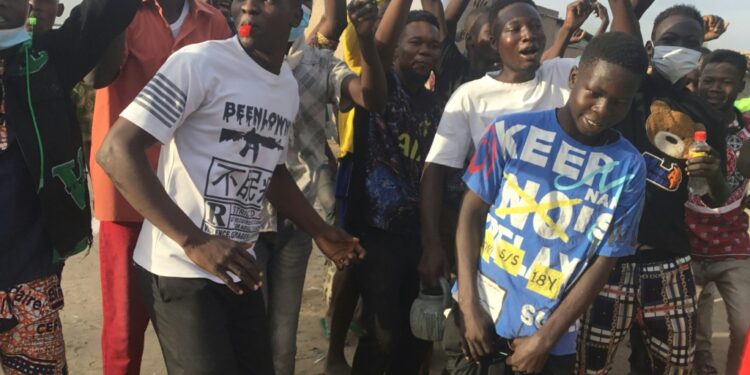 Chad has accepted the principle of an international inquiry “as soon as possible” to shed light on the deaths of some fifty people at anti-regime protests, the prime minister told AFP on Tuesday.

The authorities say the October 20 death toll included a dozen members of the security forces and accused the opposition of mounting an “insurrection”.

Opposition groups called the demonstrations to mark the date when the ruling military had initially promised to hand over power — a timeline now extended for another two years by General Mahamat Idriss Deby Itno.

The 38-year-old took power after his father, president Idriss Deby Itno, who ruled for 30 years, died during an operation against rebels in April 2021.

Since the protests, which resulted in three hundred wounded and hundreds more arrested, the government has suspended all party-political activity.

It has also imposed a night curfew “until the total restoration of order” in the capital N’Djamena and the towns of Moundou, Doba and Koumra.

“Various partners of Chad wanted this and we have immediately agreed,” said prime minister Saleh Kebzabo.

“The inquiry must start as soon as possible,” he added.

Kebzabo, a former opposition figure who was appointed on October 12, said further details would be provided at a press conference in the coming days.

According to the Chadian Convention for the Defense of Human Rights, six hundred people were detained and held in the Koro Toro high security prison in the north of the country.

The public prosecutor Moussa Wade has been leading an investigation at the facility for the last two weeks.

The World Organization Against Torture, known by its French acronym OMCT, says more than 2,000 people were detained during and after the deadly clashes.

The European Union strongly condemned an “excessive use of force” and violation of the right to freedom of speech and assembly.