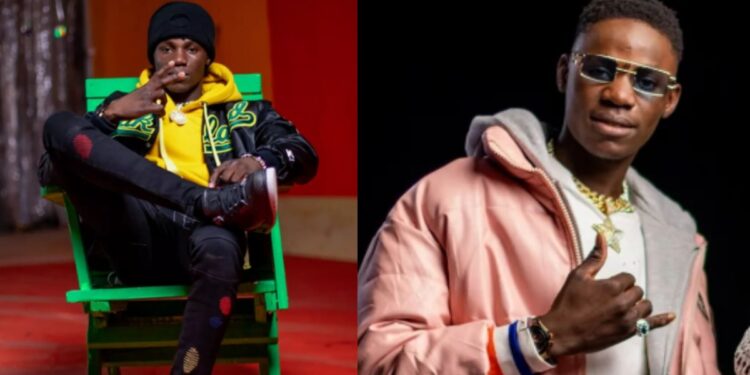 Kenyans have taken to different social media platforms to laud the efforts made by fast-rising musician Vitalis Andanje, known to many as Classton Vital.

Netizens could not keep calm after the musician who was recently signed under Alka Production made a gallant debut in the industry with a massive banger dubbed Shaku Shaku, featuring the legendary Madini Classic.

Shaku Shaku was received well by a multitude of Kenyan music lovers who not only patted the singer on his back but also the producer and the entire team who made it possible.

The Kenya Times did a review of the song on YouTube and realized it had garnered quite a number of viewership in a short span of time since it was uploaded.

Following Classton Vital feature on The Kenya Times a couple of days ago, the musician attracted attention from different quotas with a host of Kenyans pushing him to drop even more hit songs.

The musician’s management, Alka Production disclosed that Classton Vital has been in the kitchen cooking more music which is set for release soon.

The Kenya Times has learnt that Classton Vital was so touched by Kenyans’ reactions and decided to thank them by giving back to society.

The musician and his team will on Sunday, November 27, visit the Upper Room Children Rescue Center where they will be donating goods and also spending time with the kids at the home.

According to Classton Vital, he thanks Kenyans for loving his new song and encouraging him to drop even more.

Just recently, The Kenya Times reported how the musician gave veterans a run for their money with his collabo with Madini Classic.

So far, he has successfully done a heavy media tour and is expected to visit even more media stations in the near future to solidify his brand as an artist.

Miguna Ready To Return To Kenya After Ruto’s Victory