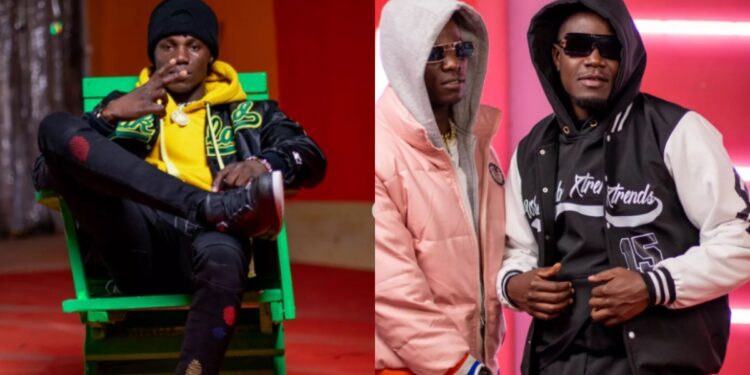 The Kenyan music industry has for some time now lacked direction with local acts complaining of foreign invasion.

Gengetone music, which seemed like the industry’s savior, tried to redeem the country in vain, thanks to the lack of support from local fans.

However, that did not discourage a number of new artists who are popping up every day with most promising to take the industry to higher levels.

Fast-rising musician Vitalis Andanje, popularly known as Classton Vital is among the new kids on the block who have given the industry a fresh breath of life.

The Kenya Times has learnt Classton Vital who started his professional music career in 2019 has a new song dubbed Shaku Shaku out.

Through the new jam, which was released on Tuesday, November 8, the two abled musicians praise a lady by the name Amina.

The lyrics were complimented by a feel-good beat produced by Terence at the Alka Production, with its Johnson Kyalo-produced video acting like the icing on the cake.

Shaku Shaku received a warm welcome from fans on YouTube with its numbers soaring by the day.

The Kenya Times understands Classton Vital is signed under Alka Production and has a couple of other songs such as Zoom and Special.

It should be noted this is the second collaboration Classton Vital has worked with his good friend Madini Classic.

Apart from just singing, Classton Vital is also a songwriter and a fashion designer.

DCI in Pursuit of a man who Blazed his Ex- girlfriend in her house.