Samidoh Is Worth Fighting for, Senator Karen Nyamu Confesses 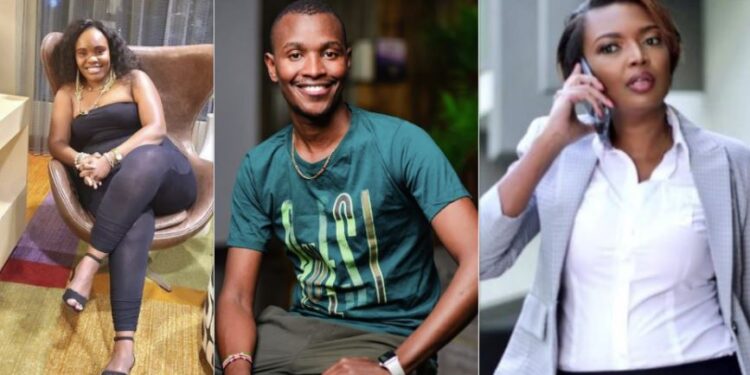 Karen Nyamu said she is not fighting for Samidoh. Photo: Samidoh/Karenzo Nyamu/Instagram.

Mugithi star Samidoh and nominated Senator Karen Nyamu may not be together, but the latter surely cares for the former and can do just about anything to make him happy.

This became apparent recently after Karen Nyamu dropped hints that she can walk miles for the father of her two children.

A random fan engaged the politician during her own Q&A session on Instagram and asked her if she was fighting for Samidoh.

Karen Nyamu had asked her followers to ask her questions since she was on an exceptionally long flight and was bored.

“I am on a long flight guys. Tupige story.”Nyamu wrote.

Without wasting time, the random fan asked her if she was fighting for her baby daddy Samidoh.

”Are you fighting for Samidoh,” the fan wrote.

The politician came out clean and confirmed that she had not been fighting for Samidoh but revealed to the world that he was worthy to fight for.

“Not really but he is worth fighting for,” Karen wrote.

The revelation came barely days after reports emerged Karen was not happy with Samidoh following his US tour.

Unconfirmed reports had earlier indicated Samidoh had been hosted by a Kenyan lady in the US and people were suspecting she is his new catch.

Photos of the two looking happy while in the US made rounds online, with Karen posting cryptic messages which people suspected were targeting the US-based Kenyan lady hosting Samidoh.

Justina Wamae – I Will Not Respond To Pettiness