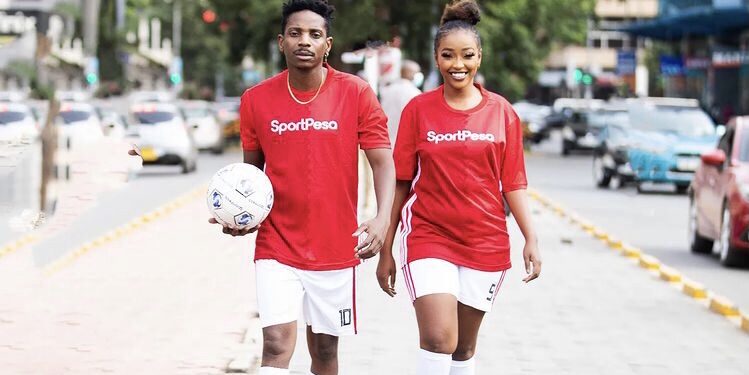 Comedian Eric Omondi and his new lover Lynne are currently in mourning following the loss of their unborn baby.

The sad news was first made public by Eric Omondi through his official social media pages just moments after the heartbreaking incident.

In a video posted on Eric Omondi’s Instagram account, the comedian was captured trying to console his lover at the hospital.

Lynne who was crying uncontrollably and with a drip pinned on her arm, seemed broken and disappointed by the happening.

Through his caption, Eric Omondi disclosed that doctors tried to save their unborn child for about five hours in vain.

The witty man concluded by lauding all women for what they go through, including delivery.

“Last night was one of the longest nights in my life😥😥 We fought for over 5 hours to try and save our little Angel but God had other plans. We never met you, but we sure felt you and will forever Love you🕊🕊🕯🕯. Respect to all Women, no man on earth has that kind of strength. @l.y.nn.e stay strong…It is well,” Eric Omondi wrote.

Lynne herself also took to social media to mourn her unborn child.

“To My Angel🥺👼 I still can’t believe you’re gone. I’m thankful I got to have you for those 8weeks you were inside me. I’m sooo sorry I won’t be able to see your sweet face or massage your tiny feet. I Will Forever Love You😭❤️🕊️,” Lynne wrote.

The news broke the hearts of many of Eric Omondi’s fans who camped in the comments section of his post to console him and Lynne.

Erico Omondi and Lynne had kept news of their expectancy secret until recently when they suffered the ill fate.

This would have been Eric Omondi’s second child since he already has a son with former Citizen TV news anchor Jacque Maribe.

A Member of Elite Police Squad Commits Suicide in Lamu

I Charge KSh 1.5 Million For A One Night Stand, Manzi Wa Kibra Discloses