Khaligraph Jones Loses Child Upkeep Case: “The OG Has Not Been Respected” 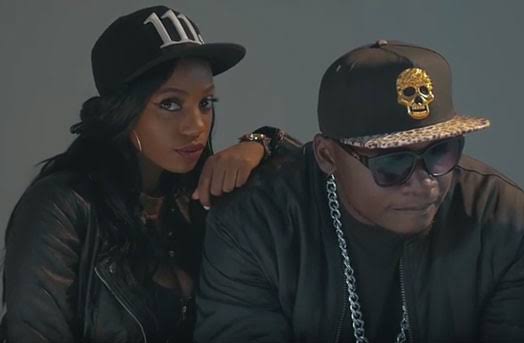 Kenyan rapper Khaligraph Jones alias The OG has always been respected whatever he goes.

However, his mightiness was recently challenged by his baby mama Cashy who floored him in court over a child maintainance case.

The Kenya Times has learnt Khaligraph Jones’s baby mama beat the rapper in court where she was fighting for custody of their son and upkeep for the “issue”.

News about Cashy’s win was made public by herself as she took to Instagram to celebrate.

The mother of one through her Insta-stories update disclosed Khaligraph Jones wanted to take away their son, as well as denying him his rightful care.

Cashy thanked God for the win and lauded the justice system for doing what is right.

“The whole year they tried to take my baby away from me but God delivered justice for Xolani when it seemed impossible.

“They tried to deny his presence and rights, but God is faithful. They dismissed, discouraged, threatened, insulted, and labeled me, did the most to humiliate and intimidate me who is God?” Cashy wrote.

Also Read: Justina Syokau Cries for Rayvanny’s Love, Promises to Give Him 5 Kids

The Kenya Times understands Khaligraph Jones and Cashy have been fighting over their son for almost six years now.

Their fights have always been public with Cashy playing a big role in airing their dirty linen, with instances where she even exposed the rapper as a deadbeat dad.

You Can Die Out of Excess Happiness: Study