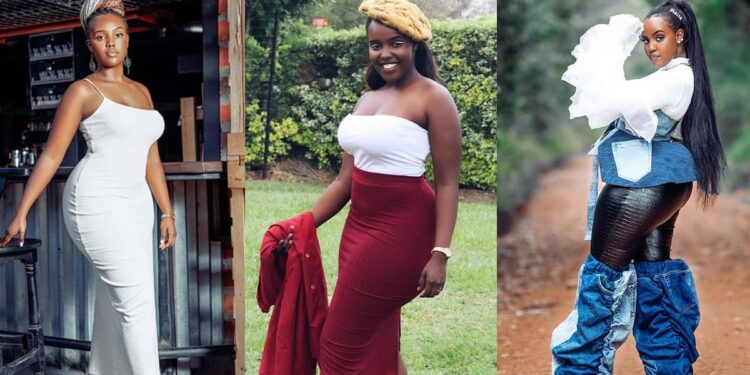 Award-winning musician and songwriter Nikita Kering’ has sparked a heated debate online following her recent tweet that left many with more questions than answers.

The beautiful songstress on Wednesday, November 23, took to Twitter and shared a photo of herself looking all happy while enjoying superb sunlight.

The photo itself impressed hundreds of Kenyans on Twitter but her caption is what took many aback.

Nikita Kering’ informed her fans through her caption that she was happy and healthy and wrapped up her post with a rainbow emoji, commonly associated with the members of the LGBTQ community.

Her tweet attracted varied comments from her followers with many expressing their disappointment in her involvement with LGBTQ.

A section of Kenyans outrightly concluded she is not straight and maybe she is gay and strongly supports the LGBTQ.

Some even went as far as insinuating the beautiful musician had been paid by LGBTQ sympathizers to promote them in Kenya.

A host of Kenyan men who camped on the comments section of her tweet consoled each other by confirming to each other that Nikita has already gone, in this instance, to her fellow daughters of Eve.

Others, however, supported Nikita Kering’ and held it is okay for anyone, including herself to choose the side they want to be associated with.

Of importance to note is that the rainbow emoji, apart from being a symbol of hope and an all-embracing image of love and friendship, is also commonly used by individuals who identify themselves as members of the LGBTQ community.