CS Duale Says the Govt’ Will Fight Insecurity in Garissa 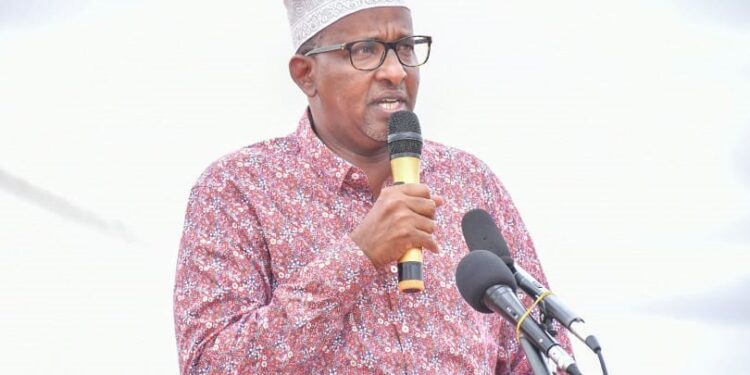 Defence Cabinet Secretary Aden Duale has stated that anyone with the intention of threatening security in the country will face the long arm of the law.

While speaking in Garissa town during the official opening of young Muslim girls High School, Duale noted that the state is determined to ensure that peace prevails in all corners of the country.

Moreover, the CS mentioned the high levels of insecurity witnessed in the region, and assured residents that the government is keen on fighting the bandits and restoring peace in terror-prone areas.

“We must work with our security agencies and the government will make sure that we protect the lives and properties of every citizen in any part of the country,” he stated.

Likewise, Garissa governor Nathif Jama urged CS Duale to push for the recruitment of more teachers in the impending recruitment.

Governor Nathif argued that the shortage of teachers in the region has over the years affected the education standards, especially in schools that are in far-flung areas.

Nonetheless, the statement by the Defence CS comes following a suspected Al-Shabaab attack which occurred two weeks ago claiming the lives of three people after the vehicle they were traveling on ran over an Improvised Explosive Device (IED) in Hailey, Bura East sub-county.

No More Crutches: YY Comedian Thanks God for Saving Wife from Paralysis

Ruto Says He will Respect Uhuru As The Outgoing President