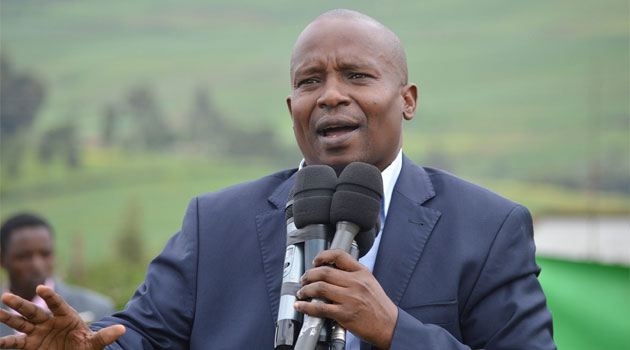 According to the Ministry of Interior and National Administration (MINA) the meeting is in line with the presidential directive on hastening an end to cattle rustling and banditry in the North Rift and other parts of the country.

“Interior CS Kithure Kindiki this morning hosted leaders from West Pokot County and the neighboring Tiaty constituency in Baringo County for discussions on effective ways to combat cattle rustling and related challenges in their region,” reads a report by MINA.

Moreover, the rising cases of insecurity in the North Rift region have led to the loss of hundreds of lives, displacement of residents, and loss of thousands of livestock.

Additionally, the Interior ministry on Tuesday, November 8 revealed that an ongoing operation targeting cattle rustlers and other bandits in the North Rift and other parts of the country had recovered over 700 livestock.

The Interior Ministry also noted that 500 goats, 70 heads of cattle, and 200 camels that had been stolen in Turkana, Baringo, and Isiolo counties had since been returned to their owners under the Operation Komesha Uhalifu which was recently launched by the government.

Furthermore, the ministry also revealed that at least one suspected bandit has been shot dead in Turkana, and a gun retrieved in the operation.

Likewise, the operation has been extended to West Pokot, Samburu, Elgeyo Marakwet, and Laikipia counties.

President William Ruto ordered a crackdown against banditry in the North Rift region and warned that the government will ruthlessly deal with armed criminals hiding under cultural practices to steal livestock while killing and maiming innocent citizens.

The head of state further directed the Rift Valley Regional Commissioner, Mohammed Maalim, and County Commissioners from affected counties to immediately recruit and deploy police reservists to complement security teams on the ground.

Similarly, MINA said it was working on logistics to ensure security operations are scaled up.

Nevertheless, CS Kindiki has already met senior security chiefs to discuss the implementation of the Presidential directive and the ongoing operation that also targets the mopping up of illegal guns and the elimination of gun-racketing networks blamed for fueling the cyclic violence.