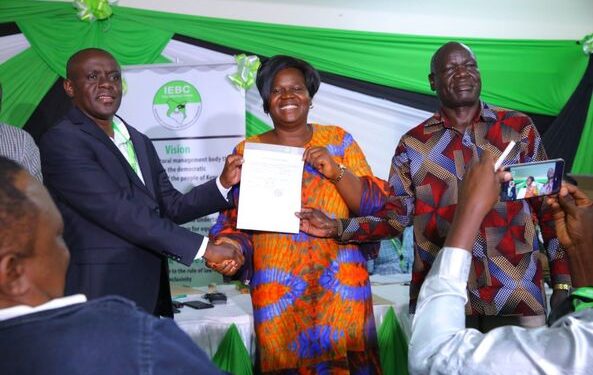 Homa Bay Governor-elect Gladys Wanga has called upon supporters of the Azimio La Umoja One Kenya coalition to pray for the party’s leader Raila Odinga following the announcement of the final General Election results .

“I am aware that many of you are currently hurting and struggling with disappointment and lack of clarity over what happened yesterday. As a strong supporter of Baba, I share your disappointment. I am hurt at a very personal level,” said Wanga.

“In the meantime, let’s stand firmly behind Baba and pray for him,” she added.

Wanga said the Azimio team was deliberating the way forward, hinting at a possible petition against the presidential results.

“Our very able legal team has assured us that the irregularities, the election malpractices and the lack of transparency with which Chairman Wafula Chebukati conducted the Commission’s business are so glaring that yesterday’s declaration cannot stand,” Wanga added.

“This matter is not over. The last word about it has not been spoken. The legal team has assembled and will be doing everything possible to ensure the right winner is declared.”

Leaders allied to the Azimio coalition allege that irregularities marred the electoral process.