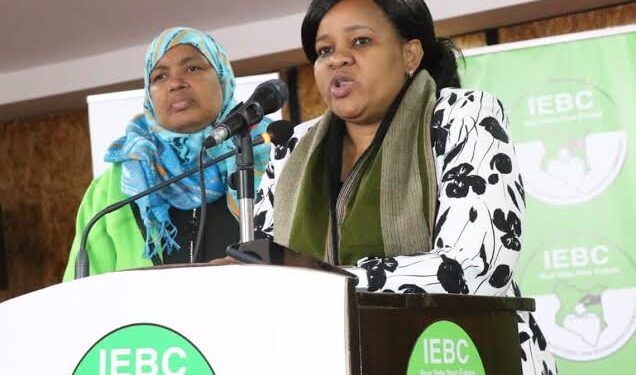 Moreover, IEBC Vice Chairperson Juliana Cherera reported that Returning Officers of all the 290 constituencies have since arrived at the Bomas of Kenya.

The Bomas of Kenya is currently serving as the electoral commission’s national tallying center.

However, Ms. Cherera while speaking on Friday, August 12 night stated that the agents overseeing the process are not even halfway done with the verification. Hence urging them to fasten their efforts.

“We’re here 24 hours, and we’re not leaving this place until we clear the Returning Officers. Already, we have 290 constituency Returning Officers that have reported at Bomas, but so far, we have not even cleared half of them,” Cherera said.

“So, as a commission, we urge that the people on the table hasten all the activities that they’re doing so that all of them can be cleared by tomorrow morning.” She added

Furthermore, Ms. Cherera reassured Kenyans that, despite IEBC being allotted 7 days after election day by the Constitution to announce the results, it will not take that long to do so.

“We still have a long way to go. Remember, we have 290 constituencies, and in addition we have one diaspora…and we’re still very far. As a commission, we have 7 days to finish this process, but we want to assure Kenyans that we will not take all the 7 days. We will announce the results before the seventh day, so we urge the people in the inner circle to be diligent but very fast,” Cherera noted.