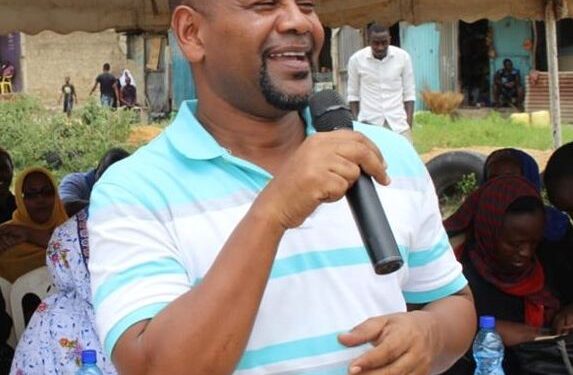 Kisauni MP Ali Mbogo.He says he has been promised a lands CS position by Kenya Kwanza

Both  Mbogo and Sonko defected to the Kenya Kwanza camp at the weekend after abandoning their gubernatorial bid.

On  Sunday Mbogo said the CS position was part of the political deal agreed with Kenya Kwanza.

“Between Joho and I, who can you trust to fight land injustices, grabbing and squatter challenges as Lands minister,?he posed

“I have never grabbed any land. Elect Ruto and Omar so that we can resolve the challenges affecting this region,” Mbogo said .

He was also promised a share in the Nairobi and Mombasa county governments.

“Vote in protest against our opponents,” said the Kisauni MP