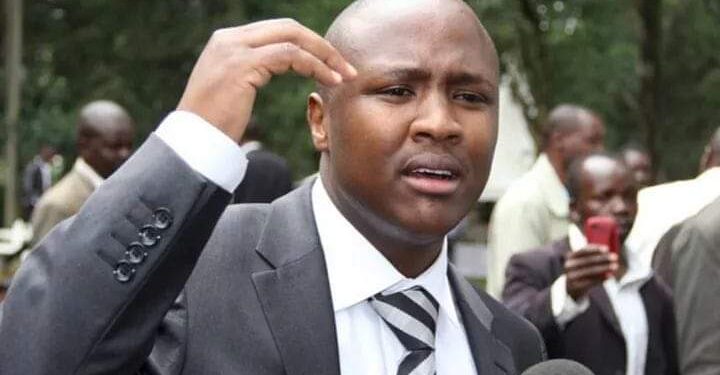 The incumbent MP Alfred Keter was declared the winner of the primaries held on Tuesday after garnering 10,363 votes against his closest challenger Bernard Kitur who got  7,468 votes.

Kitur, however, appealed the results of the nomination at the dispute committee where he raised a number of issues to prove the exercise was marred with malpractices.

In the petition, Keter was the first respondent while the National Elections Board was the second respondent.

Kitur told the committee that there were ballot stuffing incidences and delays in the transmission of results, something that the committee concurred with.

Committee members namely Collins Kiprono, Mary Mungai and Adrian Kamotho Njenga also agreed with Kitur that there were insufficient ballot papers in some polling stations which denied a majority of residents a right to participate in the exercise.

The committee questioned why it is only four aspirants who agreed to have the exercise proceed with deficiency of ballot papers to the exclusion of other aspirants.

“We are satisfied that the allegations of ballot stuffing and delays in transmission have been proven. The same violates Articles10, 15(5), (6) of the Rules, Articles 29 and 30 of the Constitution; Rules 5,9, 19, 20 and other provisions of the party code of conduct, and contravenes sections 3, 10, 11 and 20 of the Election Offences Act,” the committee stated in its findings.

“The agreement to proceed with the nomination irrespective of insufficient ballot papers was made by the aspirants. We shudder to imagine where this authority was derived from. It clearly amounted to a usurpation of the role of the 2nd Respondent (returning officer).”

The Committee also had an issue with the signing of Keter’s interim nomination certificate which it found was signed at Kapsabet instead of at the tallying centre.

The tallying centre was at Samoei High School in Nandi Hills.

The committee said the abnormality is proof that the exercise was shrouded in illegalities that it says “went to the roof of the entire process”.

“We have considered the various submissions made by parties and the evidence before us. We are convinced beyond doubt that the allegations substantially affected the results and impeached the integrity of the outcome,” the committee stated.

Having considered the facts before it, the committee agreed that the irregularities affected the outcome of the polls and in consequence allowed the petition by Kitur.

“A declaration be and is hereby issued that the decision of the returning officer declaring the 1st Respondent as the presumptive nominee for the position of Member of Parliament, Nandi Hills Constituency, is null and void.

The matter has been referred to the National Elections Board for appropriate action.

The constituency will now wait for the verdict of NEB considering that they cannot hold nominations following the expiry of the window on Friday.

KRA to Review its Workers’ Salaries Amid Competition for Talent