Pele Named His Secret Daughter in Ksh1.9B Will after Spending Entire Life Denying he Was Her Father 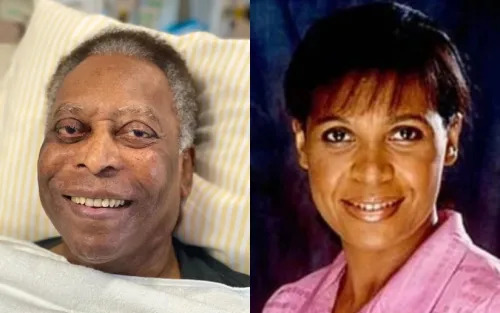 Football legend Pele and his daughter Sandra Regina. Pele who died on 29 December 2022 had denied his daughter.PHOTO/COURTESY

Football legend Pele denied that Sandra Regina was his daughter throughout her life, but it has now been revealed that he left her a share of his billions in his will.

Sandra, who was born in 1964, died 17 years ago, heartbroken that her father still refused to acknowledge her. But all of his seven children, including her, were named in his will.

Sandra’s share of his estate will pass to her two sons, who met their grandfather for the first time as he died in hospital.

Pele’s final wish was to meet Octavio Felinto Neto and Gabriel Arantes do Nascimento and they visited him on December 28, the day before he died at the age of 82.

Also Read: Pelé: a Global Superstar and Cultural Icon who put Passion at the Heart of Soccer

Gabriel said: “I thank God for providing this moment, it was what my mother dreamed of most. I spoke to my aunts, and they said that our grandfather wanted to see us.

“We were very excited; it was an opportunity we had been waiting for. Every family has fights and rows, ours is no different, but there are moments when union and love are more important than anything else. We are extremely happy.”

Their mother was born after Pele had an affair with his cleaner, Anisio Machado. Pele refused to admit he was the father, but DNA tests and a 1991 court ruling proved he was.

It is estimated Pele’s estate was worth Ksh1.9 billion. He had three kids, Kelly, Edinho and Jennifer, by his first wife, twins Joshua and Celeste by his second, and daughter Flavia from another affair.

Raila,Ruto Battle For Independents In Race To Control Parliament