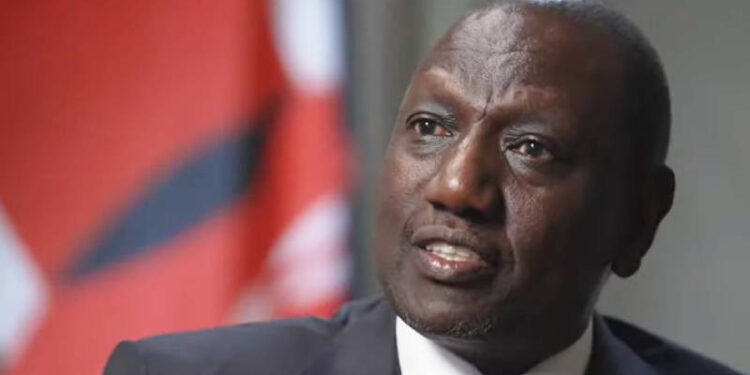 President William Ruto has condemned the terror attack on a church in the Democratic Republic of Congo (DRC) that left ten dead in North Kivu on Sunday.

In a Monday, January 16 statement on his Twitter handle, Ruto recognised the efforts by DRC special forces who arrested the suspected terrorists that bombed the 8th CEPAC Lubiriha Church in the eastern city of Kalindi.

“I have learnt with deep sorrow of the terrorist attack on the 8th CEPAC Lubiriha Church during the Baptism ceremony on Sunday, January 14th, 2023, that led to deaths and injury of innocent civilians,” Ruto tweeted.

“Kenya condemns this heinous crime and commends the DRC forces for their swift action that led to the arrest of suspected terrorists,” president Ruto added.

Ruto further pointed out that the attack was a reminder of the ever-present terrorist threat.

“On my own behalf and that of the people of Kenya, I convey wishes for a quick recovery to those who were injured and pray for the souls of the departed,” Ruto added.

In a statement, the Armed Forces of the DRC (FARDC) said the attack was perpetrated “in retaliation for the losses these terrorists have suffered in several battlefields against the FARDC.”

FARDC spokesperson Anthony Mualushayi said the terror attack was likely carried out by the Allied Democratic Force (ADF), a Ugandan armed group that has pledged allegiance to ISIL (ISIS).

Reports reaching The Kenya Times state that later on Sunday, the ISIL group claimed responsibility for the attack.

In connection to the terror attack, Congolese authorities are holding a Kenyan suspected to be a member of the proscribed Ugandan terrorist group, Allied Democratic Forces (ADF), and who is said to have masterminded the attack.

Dongo Kundu Special Economic Zone to be Operational by July 2023

Countries across Europe and beyond ban Russian planes from ‘Democratic Skies’

KICD Boss-Unauthorized Phones at Exam Centers Will be Considered Cheating