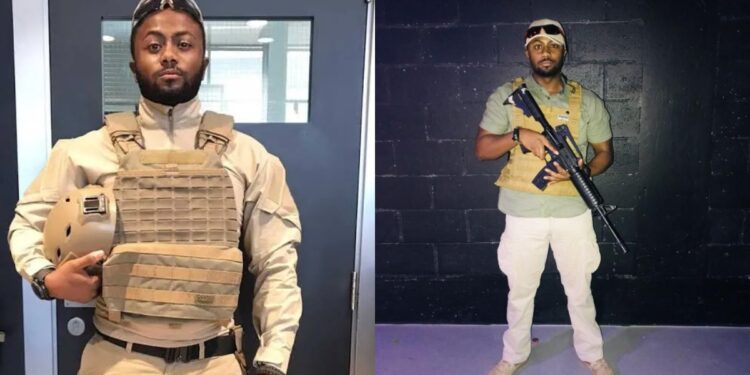 Jowie made a comeback on social media with good news. Photo: SDE.

Security personal and musician Jowie Irungu, known to many as Jowie is back in action after months away from the limelight.

The gospel musician who had taken a long hiatus on social media recently made a comeback, but this time to share good news with his fans, followers, and supporters.

Jowie has publicly announced to the world that he has a new job and judging by his announcement, it is clear he is super excited about it.

Taking to his Insta-stories on Monday, November 11, morning, Jowie posted a photo of himself rocking a suit inside a car.

His caption dropped all the hints that he had landed a plum security job as a security consultant.

Jowie did not reveal many details about his newfound job such as the name of the company he would be working for, but this seemed like a relief for him, having been out of work for months.

The good news comes about four months after Jowie bowed out of social media.

Jowie Irungu had taken a break from social media and had stopped posting his stuff, but fans concluded it was because of his ongoing murder case alongside his ex-girlfriend, Jacque Maribe.

Jowie had moved on to the next one with a new lover Elleanor Musangi after falling out with Jacque over the murder case but broke up with her two and publicly announced his single status online.

The young fella tried his hands at music immediately after leaving Kamiti Prison where he had been held for months but did not prosper as he had expected.

With the new job, it is definitely clear Jowie will now find his happiness since security matters have been his forte.