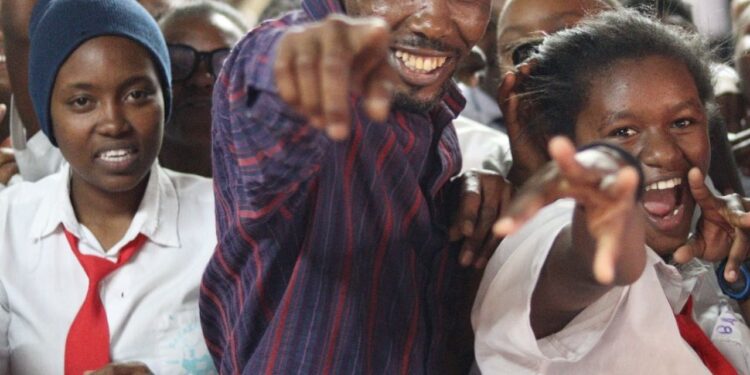 The revered actor vehemently denied allegations that his two wives left him after things became too much at home.

Speaking during an interview with Mungai Eve, Omosh said people just started the rumour because they did not see him with his wives for days.

According to Omosh, he had traveled to Embu hence the distance from his wives but assured his fans and Kenyans that his marriages are intact.

The actor held that his two wives are happy and that they are still living together and are tighter than ever before.

”Those are pure lies. Don’t even ask if it is true or not, I will tell you for a fact those were just lies. My wives and I are good. We are happy and very tight. Just that people did not see me with them for like three days because I had traveled to Embu. A friend came by when I came back and found my wives, he was shocked because he had seen online that my wives had left me,” Omosh said.

Through the same interview, Omosh also denied claims that he was recently depressed.

The actor held that he was just sad and mourning but not depressed as earlier reported by several media entities.

Omosh disclosed that he had lost two of his good friends in a short span of time and that broke him.

He revealed that he is now well and even back on his feet even as he tries to make ends meet through motivational talks in different schools.