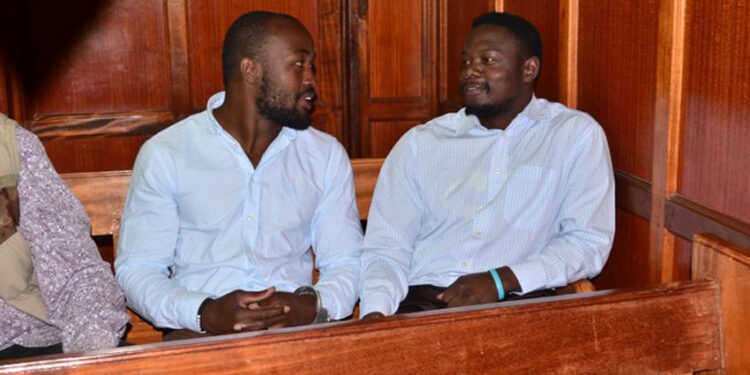 341
SHARES
991
VIEWS
Share on FacebookShare on TwitterShare on WhatsApp

The former player who is facing gang rape allegations in court was detained on suspicion of hiring a hit man to murder a witness in the ongoing case.

According to the investigating officer, Olaba made several attempts, both directly and indirectly, to contact key witnesses in the case in order to sway its outcome.

He was, according to the police report, arrested at Madaraka estate while attending a meeting whose agenda included the elimination of a key witness in the gang rape case he is facing.

Detectives working on the case are currently conducting a forensic audit of his phone in order to get to the bottom of the allegations.

The prosecution requested that he be detained for 10 days pending the completion of the investigation.

The prosecution also claimed that he skipped the last court appearance and lied to the judge that he was in Bungoma.

The defense lawyer, on the other hand, objected to the 10-day detention, claiming that his client has a medical condition.

While requesting that the suspect be transferred to a less crowded police station, preferably Capitol Hill Police Station, the defense also requested that the suspect be granted reasonable bail terms, arguing that he was neither a flight risk nor a court session absconder.

In its ruling, the court stated that the prosecution had established sufficient grounds for his detention, allowing police to detain him for seven days at Kilimani Police Station while investigations continue.

The case will be heard on Friday, April 30.

Joho Says Being In Opposition Is Not A Death Sentence