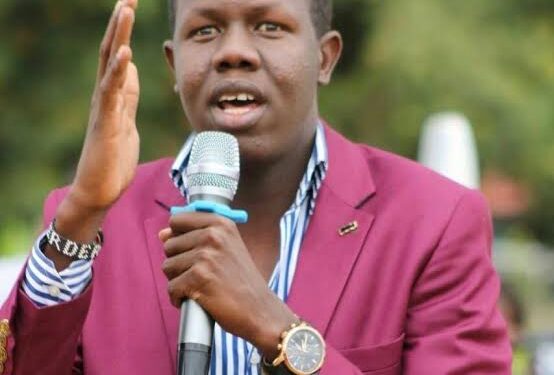 United Democratic Alliance (UDA) candidate for the Mogotio parliamentary seat, Reuben Kiborek failed to show up for the hearing of a defilement case against him.

The court was forced to adjourn the hearing of the case which was set for Tuesday, August 2, at 9.30 am after it emerged that the accused was not present in court, contravening previous orders by the court.

Nevertheless, Kiborek’s lawyer Gordon Ogolla informed the court that his client had fallen ill and could not attend the hearing.

“I have called him (Kiborek) yesterday and he informed me that he was not feeling well…,” said Mr Ogolla.

The UDA MP hopeful was charged with defiling a 16-year-old girlgirl on December 23, 2018 while at a Nakuru hotel.

However, Kiborek who is out on Sh300,000 bond has denied the charges against him.

Furthermore, the court allowed the adjournment amid protest by the lawyer who was holding a brief for the victim’s family.

Moreover, through a letter addressed to the court administrator, the victims family lawyer Donal Rabala complained of what he termed as unnecessary delay that has rocked the matter saying, “justice delayed is justice denied”.

Rabala regretted that the case had been adjourned for a record 12 times over for reasons that cannot be justified.

He further added that the delay by the UDA MP hopeful’s side was meant to slow down the wheels of justice.

“The delaying tactics have now lasted for the last three and a half years. It s not only prejudicial to the minor but an affront and blatant show of disrespect to the girl child who only seeks justice from this court. Justice delayed is justice denied,” read part of the letter.

Likewise, the victim’s lawyer demanded that the prosecutor and the Director of Criminal Investigations speed up the hearing of the matter to its conclusion.

Furthermore, in the course of the mentions, the prosecution successfully applied for orders to have Mr. Kiborek subjected to a DNA test.

Also Read: GSU Officer On The Run After Defiling 4-Year-Old

Nonetheless, on October 8, 2019, the court allowed the application directing Kiborek to go to Nakuru level five hospital for his DNA samples to be taken for analysis.

The case is set to be mentioned on August 15.