I am a Tailor Too – Former Attorney General Githu Muigai Reveals

by Collins Osanya
in Culture, News
0 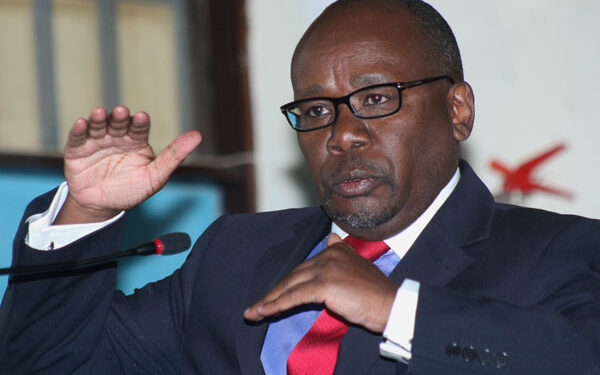 Former Attorney General Professor Githu Muigai pleasantly surprised an audience on a talk show with his life story when he revealed that he has experience working as a tailor.

The Professor of Law who was hosted on Engage Talk, a popular Kenyan talk show that aired on Thursday, January 12 said his life and that of his family changed after his father, then a public servant passed on.

“When my father passed on, a theatrical thing happened because my mother was a homemaker. In those days we used to call them a housewife. And my mother was a very busy housewife because she was raising twelve children,”

“From being the family of a mid-level civil servant, living in a good government house going to school in a good government Land Rover we now had to depend on my mother who had no other skill other than washing clothes as a casual laborer. But as fate would have it, she had learned to be a seamstress. So, she bought a Singer sewing machine and that is how she raised us in Kiambu Town,” Prof Muigai said.

The former AG further revealed that one of his favorite photographs is one where his mother is sitting at her sewing machine with him behind her, doing some sewing.

“Up to now, I can still do some kneading. I keep telling my kids – never ever have one career. You have done many degrees but please learn from me. If anything, ever happened to me, I can settle in any country in the world because I am a tailor. And there would always be a demand for tailors. And that’s how I grew up there (Kiambu Town) as my mother’s assistant,” Prof Muigai said amid laughter from the crowd.

In his recollection, the former AG revealed that he perfectly enjoyed working as his mother’s assistant, adding that he and the mother mostly used to sew dresses for school-going girls.

“We used to supply school uniforms to basically girls. So, mom would be there with her notebook, and I would be beside her with a tape measure taking the measurements of the pupils,” the former AG said.

Prof Muigai further elicited laughter from his audience when he dramatized how he used to take the hips, waist, and chest measurements of the school-going girls as his mother did the recording in her notebook.

“So, my mother also taught me to be an artist. To recognize and appreciate the human person and the sculpture that God made in the human being, and I carry an enduring love of the art,” Prof Muigai said.