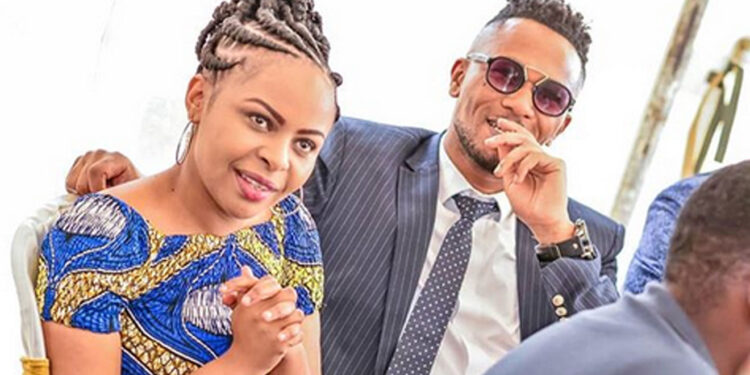 Gospel music entertainer DJ Mo has left jaws on the floor after disclosing one of his wardrobe items that cost him a lot of money.

Being a celebrity and blessed with an unlimited supply of cash, the deejay has an array of material items that cost millions and millions of shillings.

However, there is one particular item that he spent a lot of money on despite the fact that it is tiny and cannot be shown off to the world.

DJ Mo was recently asked to disclose the most expensive items he has during an interview with Plug TV, and without wasting time, he mentioned his current phone which costs over KSh 200,000 but then remembered something else.

The father of three disclosed that he bought himself a boxer worth KSh 26,000.

According to DJ Mo, he bought it out of peer pressure since he wanted to feel how people who own such feel.

He noted that he did not buy it because he has a lot of money but because he was just excited and wanted to feel like a rich man for once.

The deejay, however, said that he did not buy the boxer for show off and even feared Kenyans would maul him after learning the much he spent on an undergarment.

”I do not want to state the price because Kenyans will finish me, but the most expensive thing have ever bought was a boxer, at KSh 26,000. I just bought it so I can get the feeling the people who have them feel. It was an impromptu buy,” DJ Mo disclosed.

While some said he was just right to treat himself to the good things that come with life, others said he should have used the money on other important things.

Search for Survivors after Plane Plunges into Lake Victoria in Tanzania