by Lynn Kibebe
in Environment, News
0 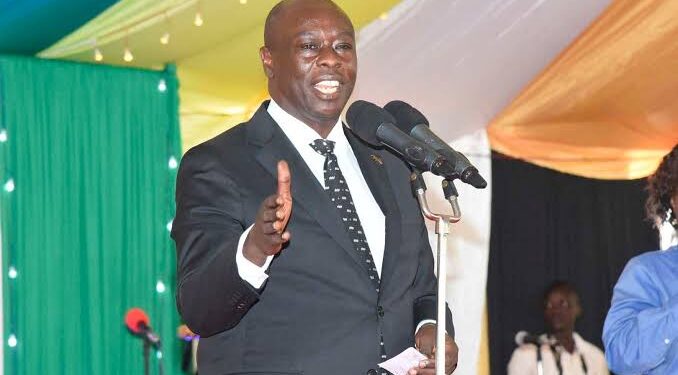 Deputy President Rigathi Gachagua while speaking at the funeral service of Baringo Deputy Governor Charles Kipng’ok stated that farmers living within the forests can revert to the ‘Shamba’ farming system as a source of livelihood.

Gachagua made this remarks in Eldama Ravine, Baringo County, adding that the orders will be implemented once a new cabinet is named.

Nonetheless, the deputy president bemoaned the frustration of communities living within government forests following the ban on planting agricultural crops alongside forest tree species, popularly known as the ‘Shamba System’.

Moreover, the ban on Shamba system was imposed in January 2021 by the previous government on grounds that the farming system – popular during the late President Daniel Moi era – is associated with environmental degradation.

“Forests belong to citizens, you are the ones who take care of them all these years. There is a CS who came and banned you from taking even a leaf to cook… the leaves are rotting,” Gachagua stated.

DP Gachagua further noted that farmers could revert to the Shamba system of farming where communities living around forests are allowed to plant their crops and subsequently plant a few trees.

According to the DP, this system will be beneficial to the farmer and enough policies will be put in place to ensure the process is sustainable.

Nonetheless, Baringo Deputy Governor Charles Kipngok’s burial brought together a host of leaders across the country ,who joined the family in paying their last respects to the late Kipngok.

The late Kipngok, who died at the age of 61 after developing breathing complications, is survived by a widow and 2 children.

MPs Are Entitled To Allowances And Decent Salaries - Atwoli