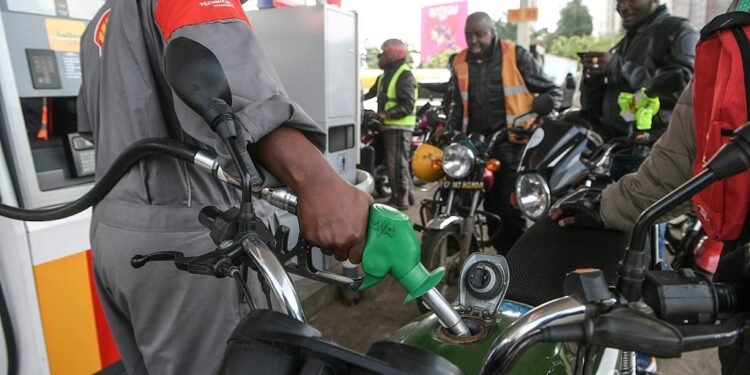 Kenya has spent up to $1.2 billion to subsidize fuel prices since last year | AFP

The price of petrol increased by twenty shillings to 179.30 (about $1.50) per liter while diesel and kerosene prices are up by 20 and 25 shillings respectively, the Energy and Petroleum Regulatory Authority (EPRA) said.

The new price regime that will remain in force until October 14 was announced shortly after Kenya’s new President William Ruto took office on Tuesday vowing to scrap food and fuel subsidies.

“The interventions in place have not borne any fruit,” Ruto said in his inauguration speech.

Kenya is reeling from the global surge in crude oil prices and last year introduced measures to cushion consumers from the high retail prices.

It has so far spent 144 billion shillings ($1.2 billion) — about 86 percent of tourism earnings this year — to subside fuel, according to government figures.

Ruto lambasted the policies of his predecessor Uhuru Kenyatta, saying they gobbled up billions of shillings with no impact.

“In addition to being very costly, consumption subsidy interventions are prone to abuse, they distort markets and create uncertainty, including artificial shortages of the very products being subsidized,” he said.

Under the new prices announced by EPRA, the subsidy for petrol has been removed while those for diesel and kerosene have been reduced.

Kenya is the most dynamic economy in East Africa, but many are suffering financial hardship with about a third of the population living in poverty.

Prices for basic goods skyrocketed in the wake of Covid pandemic and the war in Ukraine, and unemployment remains a major problem, particularly among the young.

Inflation soared to a 65-month high of 8.5 percent in August, while the currency is at record lows at around 120 shillings against the dollar.