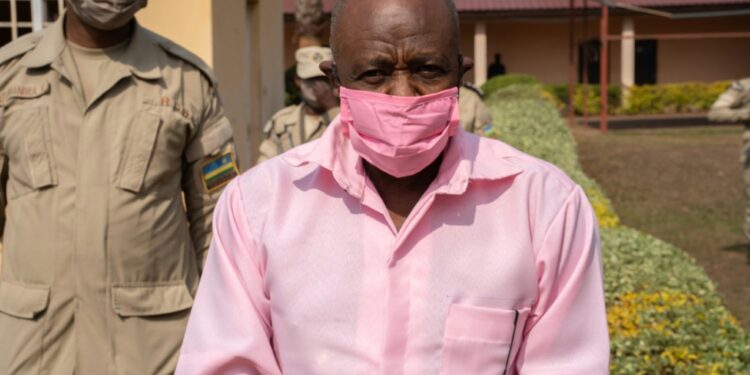 The hero of “Hotel Rwanda” failed to appear in a Kigali court on Monday as state prosecutors sought to increase his sentence on terrorism charges from 25 years to life.

A judge adjourned proceedings until Tuesday after Paul Rusesabagina, an outspoken government critic whose actions during the 1994 genocide in Rwanda inspired the Hollywood blockbuster film, refused to attend the hearing.

Rusesabagina, 67, and 20 co-defendants were convicted and sentenced in September for backing an armed rebel group in a trial that rights groups and his supporters had branded a sham.

But prosecutors sought a life sentence and filed an appeal, considering the punishment too lenient for the former hotel manager, who used his international profile to rail against Rwandan President Paul Kagame.

His co-accused all appeared in court on Monday clad in the pink uniforms worn by Rwandan prisoners.

One of their lawyers, Jean Rugeyo, argued that procedures had been incorrectly followed and the hearing should be adjourned for all the defendants.

“This is why we request that today’s appeal hearing is suspended until Paul Rusesabagina is formally notified in a way that follows the law,” he said.

But state prosecutor Bonaventure Ruberwa argued that Rusesabagina — who has been held behind bars since his arrest in August 2020 — had been lawfully summoned to appear in court.

“He intentionally refused to sign the letter and also refused to attend the hearing. This should not delay the hearing,” he said.

Judge Francois Regis Rukundakuvuga said a decision would be made on Tuesday about whether to proceed with the appeal in Rusesabagina’s absence.

Not a legal process

His family said last week that Rusesabagina would not participate “in a staged appeal of a political prisoner” and urged the international community to pressure Rwanda to free their father.

“It continues to show that this is not a legal process, but rather an ongoing political process to embarrass and defame a human rights critic of the regime,” the family said in a statement on Friday.

Rusesabagina became the most famous Rwandan internationally after American actor Don Cheadle dramatised his deeds during the genocide in the 2004 hit film “Hotel Rwanda”.

But he later used his fame to denounce rebel leader turned president Kagame as a dictator, and left Rwanda in 1996, living in Belgium and then the United States.

Both countries have both voiced concern that Rusesabagina had been denied a fair trial, and his family insists their ailing father has been mistreated in prison and denied proper legal services.

He was arrested when a plane he believed was bound for Burundi landed instead in Kigali in an incident his family has described as a kidnapping.