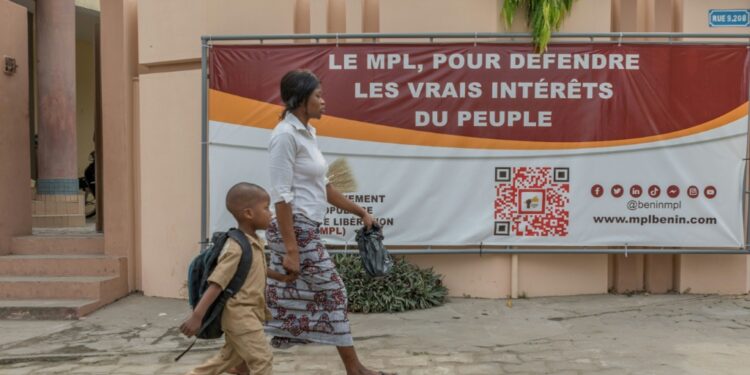 Beninese vote on Sunday for new lawmakers with the strong presence of women and young candidates giving voters a sense of fresh start in a poll also marked by the return of the opposition.

Sunday’s vote will be a key test for Beninese democracy, once seen as a model in West Africa, as the opposition will look to gain ground in Parliament after they were de facto barred from the 2019 elections.

Most key opposition figures are in prison or in exile.

Seven parties, including three claiming to be from the opposition, were finally authorized to take part in the ballot.

“The majority of candidates are barely thirty and the rest under 40,” said Boconon Adihou Gerardo, activist of the Popular Liberation Movement (MPL), opposition party.

“These are the ones we need… It is time to bring new blood into politics in Benin.”

In 2019, only two political parties supporting President Patrice Talon were able to stand in the legislative elections, angering part of the population.

The ballot was marked by historic abstention, deadly violence and a total internet shutdown, rare events in Benin.

In 2021, the main opposition leaders had also failed to participate in the presidential election.

“Our democracy is taken hostage by a minority that crushes the majority,” Jacques Ayadji, president of the opposition Moele-Benin party, told AFP.

More than 80% of his party’s candidates in Sunday’s poll are under fifty, and one in two are under forty, Ayadji said.

“The youth must go to learn about politics. We must prepare the next generation.”

Elected in 2016, re-elected in 2021, the wealthy businessman Talon has launched all-out political and economic reforms with a view to putting his West African country on the path to development.

But critics say this modernization has also been accompanied by a significant democratic decline.

Two of the main adversaries of Talon — Joël Aïvo and Reckya Madougou — are still imprisoned after receiving heavy jail terms.

The Republican Bloc (BR), a pro-government party, claims to have listened to the “aspirations” of the population for better representation.

“Young people from the agricultural or craft sector represent 45% of our candidates,” says Distel Amoussou, a BR party representative.

His party, he said, “wishes to empower women to go far beyond the 24 seats reserved for them”.

The new electoral code requires that there be one woman elected per constituency, meaning at least 24 deputies out of 109 seats.

For Tahiratou Toko, 33-year-old incumbent candidate in the north of the country, “it’s a big step forward” explaining “the enthusiasm of women voters”.

“They feel more concerned, especially since there are only young candidates”, which is “totally unprecedented.”

But do the many women and young people have a chance of being elected?

Marlène Agbatan, lawyer, asks the question and rejects the optimism of party leaders.

“Most young people and women are with the parties without much base. The major political parties have preferred to put them as alternates or in the last positions to make them just voter mobilisers,” she said.

“So, I don’t see how young people are taking over in politics.”

And the fears that the ballot results have already been fixed have not been erased, four years after the one-sided legislative elections, when abstention exceeded 70%.

If the incumbent parties emerge as the big winner of the elections, many will question the transparency of the results, warns Expédit Ologou, a Beninese political scientist.

Ballots will be counted next week.

Raila To Appear Before IEBC On June 5th For Clearance

TSC to Reward Outstanding Teachers in the 2021 KCSE, KCPE Exams