Jalang’o Distances Himself from Diana Marua, Denies Ever Chewing Her 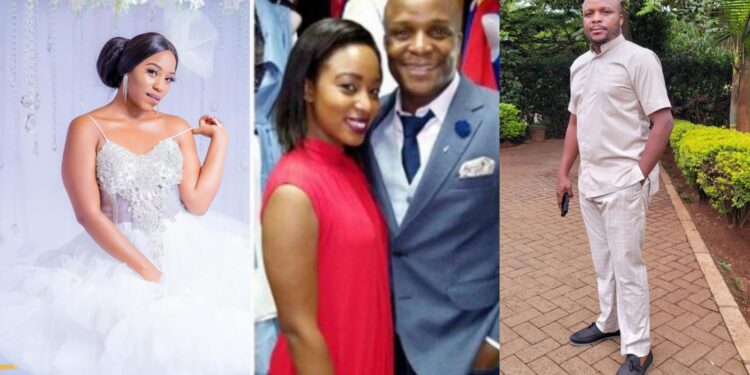 Comedian-turned-politician Jalang’o has strongly refuted claims that he once dated and even copulated with Bahati’s wife Diana Marua.

Jalang’o in fact took his time to apologise to Diana Marua on behalf of other Kenyans who dragged her online following her jaw-dropping confession video.

The Lang’ata MP disclosed that Diana Marua has been his friend for many years and that they have always respected each other to even think of dating.

Speaking during an interview with Plug TV, Jalas as he is known by many, said a photo he took together with Diana Marua was one of the main reasons why he was dragged into the whole melee.

According to Jalas, netizens should in fact respect and support Diana since she has been working so hard to build and maintain his brand.

”Diana is my very good friend. I have never been in any relationship with her. I think I have seen Diana only five times in my entire life. The photo of us together that has been going around was taken a very long time ago. Diana walked into my friend’s boutique, and I was there, and she asked for a photo. I am shocked people are now claiming we dated. I really pray that she crosses what she is going through right now,” Jalas revealed.

The comedian was forced to defend himself after he was included in the list believed to have been one of the many Diana Marua’s boyfriends.

As earlier reported by The Kenya Times, Diana Marua was mauled online after an old video of herself confessing how she juggled multiple boyfriends a couple of years ago emerged.

In the video, Diana Marua confessed she wanted the best things in life and therefore dated different men who satisfied her different needs.

Her confession did not settle down well with many Kenyans who dragged her online with many labeling her a reformed pr*stitute.

Quite a number told her off, holding she cannot try to justify pr*stitution.

Too Weak to Cry: Famine Looms Over Somalia’s Children

Chad bids farewell to Idriss Deby as France, allies back his son