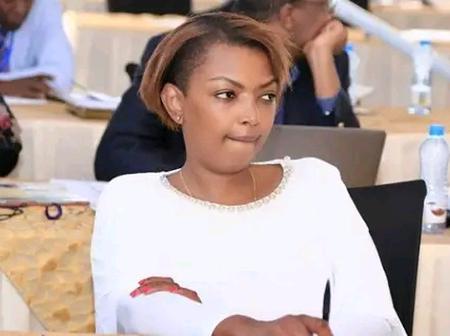 Nominated Senator Karen Nyamu is to face the United Democratic Alliance (UDA) Party’s disciplinary committee on Friday, December 23 due to misconduct in Dubai.

In the mentioned Dubai incident, a drunk Nyamu is captured on camera in an altercation at a party with his children’s father and musician Samidoh, and his wife.

Moreover, a letter from UDA stated that Senator Nyamu’s conduct brought shame, disrepute and lowered the dignity of the UDA party and injured its reputation.

“Your conduct and mannerism as exhibited in that incident has brought shame, disrepute and lowered the dignity of the party which nominated you to the office of Senator,” the letter reads in part.

According to the UDA Disciplinary Committee Chairperson Charles Njenga Karen Nyamu violated the party’s Code of Conduct and her oath of office.

Likewise, Njenga noted that Nyamu’s behavior in the Dubai incident was not in line with the expected conduct of a member serving in public office.

“Article 73 of the Constitution of Kenya as read together with the code of conduct of the party and your oath of office, delineate with clarity the expected conduct of a member of the party who has been afforded the opportunity to serve in public office, to represent the party at the Senate and the general public,” Njenga stated in a letter served on Thursday, December 22.

“In accordance with Article 29 (xiii) you may represent yourself in person or appear with an advocate of the High Court of Kenya,” the letter further reads.

Nonetheless, after the Dubai incident which attracted public criticism, Senator Nyamu committed to quitting alcohol and ending her relationship with Samidoh.