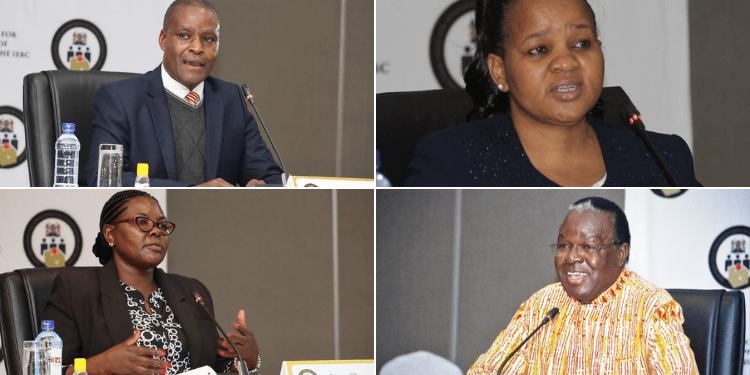 Moreover, the CEO of the election observer group urged the President to reach out to the four and speak to them in order to share their side as they could be suffering in anguish and shame, a problem that may affect their families and their lives.

Masai further noted that the head of state was welcomed by many people in Nyanza Region, where he got little support.

According to Masai, the warm welcome shows that people have moved on and accepted him as the President and are willing to continue under his leadership.

“That is a clear indication that people have accepted and moved on and are in support of President Ruto,” he stated.

Furthermore, the PIMAC CEO added that the head of state should just take it as a competition which they won and also a challenge to strengthen the electoral system by appointing a person with high integrity level, unquestionable character, non-partisan who can stand the test of time and be relied upon.

Likewise, Masai recommended that the government should start early voter education for Kenyans to understand the importance of voting and maintaining peace.

Similarly, the PIMAC CEO advised the government to still utilize the two commissioners of IEBC and the outgoing IEBC chairman Chebukati in other capacities.

Furthermore, Masai said that Kenya has shown to the world an example of how Democracy prevails and reaching out to the Cherera Four will show concern from the President for a free society.

‘Death Every Day’: Fear and Fortitude in Uganda’s Ebola Epicenter