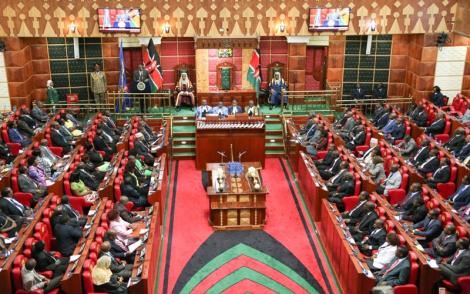 The vetting of Principal Secretary (PS) nominees is set to begin on Monday, November 14.

Moreover, the 51 PS nominees have already been interviewed by the Public Service Commission (PSC). They will be vetted by the departmental committees, which will then table their findings before parliament for approval.

Likewise, vetting will involve confirming whether the PS nominees have the statutory clearance certificates from institutions such as Helb, KRA, the DCI, and the Registrar of Political Parties.

It is worth noting that President William Ruto’s PS nominee list comprises of technocrats, a contrast that will complement his cabinet whose composition majorly leans on the political side.

Nevertheless, to start off the finance and planning committee sitting at 9.00 AM will be National Treasury PS nominee Dr. Chris Kiptoo.

Dr. Kiptoo is currently the PS for environment, after being re-assigned from the Trade Ministry when former president Uhuru Kenyatta carried out a reshuffle in the previous cabinet.

Expected to face the vetting panel is former IEBC director of ICT James Muhati, who was nominated to the economic planning docket.

The health committee will vet Eng. Peter Tum before Dr. Josephine Mburu in the afternoon.

On Tuesday, the departmental committees including Administration and Internal Affairs, Defence, Intelligence and Foreign Relations, Trade, Industry and Cooperatives, and Blue Economy and Irrigation will conduct the approval hearing for the Principal Secretaries in their respective dockets.

Afterwards, eleven principal secretaries will defend their nominations to the respective ministries.

Nonetheless, members of the public are urged to submit memoranda for or against the nominees which will form part of vetting process.

The vetting exercise will run between November 14 and November 18.

Of Happiness and Memes

Tuju On Mutua, Kingi Exit from Azimio – ‘We Knew They Were Playing for Both Sides’