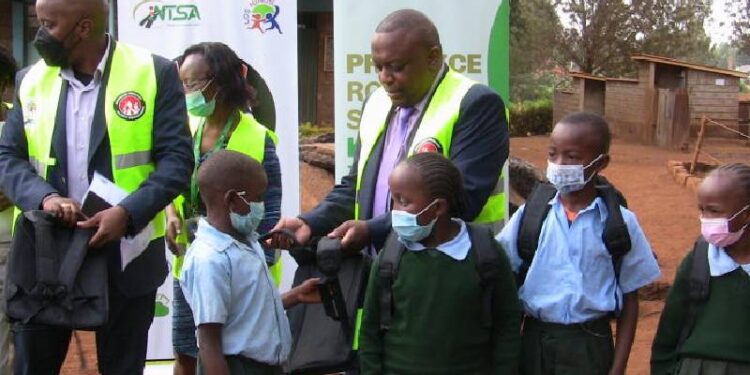 The campaign labelled ‘Get Home Safe’ is set to be implemented across the country.

Moreover, it will be used by traffic marshals to assist school-going children to cross roads safely.

While speaking during the launch of the campaign at St. Anne’s Primary School, Jogoo road, CFAO Motors Managing Director Arvinder Reel reported that the organization is committed to supporting road safety initiatives through partnerships with key stakeholders.

“Across our operations, we promote a safety-first mindset – Anzen First -, and we are committed to supporting road safety initiatives through partnerships with key stakeholders and this campaign is one avenue to show our commitment towards promoting  safety across the country,” he stated.

Furthermore, the ‘Get Home Safe’ campaign was launched in response to public outcry following the rise in road accidents.

Some of the accidents have been caused by dangerous driving and at times even near education institutions.

In addition, the campaign will hopefully reduce the number of accidents in the country.

Additionally, a report by the National Transport and Safety Authority, show that 1,816 road fatalities were recorded over the first half of the year, an increase of over 9% compared to the same period last year.